One Darien restaurant received the lowest grade, “C,” from the town health department in the latest inspection report (there was only one) released this week.

In the last eight inspections of Hibachi Sushi Ya over the past 12 months, four “C” ratings have resulted. 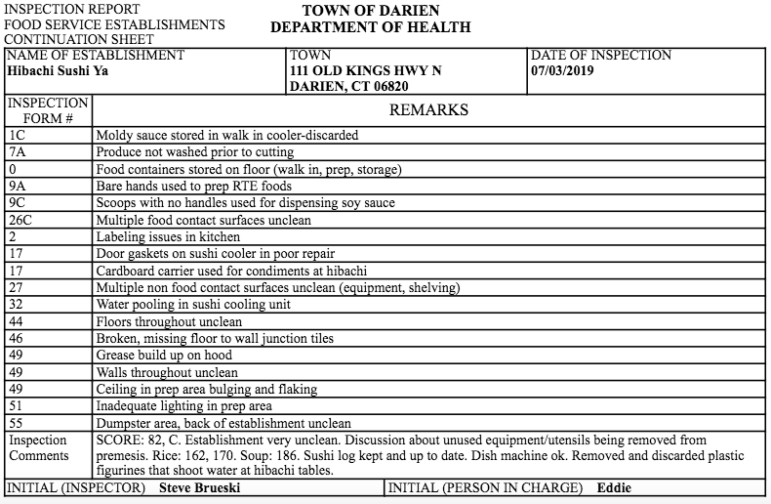 Inspectors’ comments and remarks sections from the July 3 inspection of Hibachi Sushi Ya.