Espresso Neat in Darien is one of 10 food-serving establishments in western Connecticut named by the American Automobile Association as one of the top establishments in its rating category, the AAA announced on Tuesday. 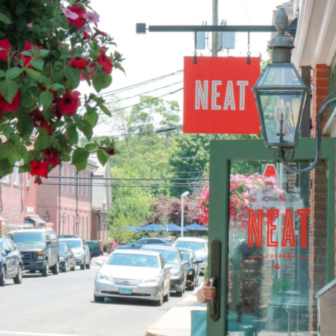 Espresso Neat is considered a “one diamond” establishment, which is the AAA category for quick-serve places. The restaurant in Grove Street Plaza serves coffee and food to go with it.

“Those looking for the best latte or cappuccino outside of New York City should look no further than this artsy café,” the AAA said in its review. “Baristas are trained to prepare the perfect cup of gourmet coffee with an artful way of steaming milk to create impressive poured patterns such as leaves, tulips, and even hearts in your cup.”

The review noted that Espresso Neat has  pre-made sandwiches, salads and pastries in display cases.

Espresso Neat’s store at 20 Grove St. is currently undergoing renovations, the store has announced, but you can still visit them just across Grove Street Plaza at the Melting Pot. 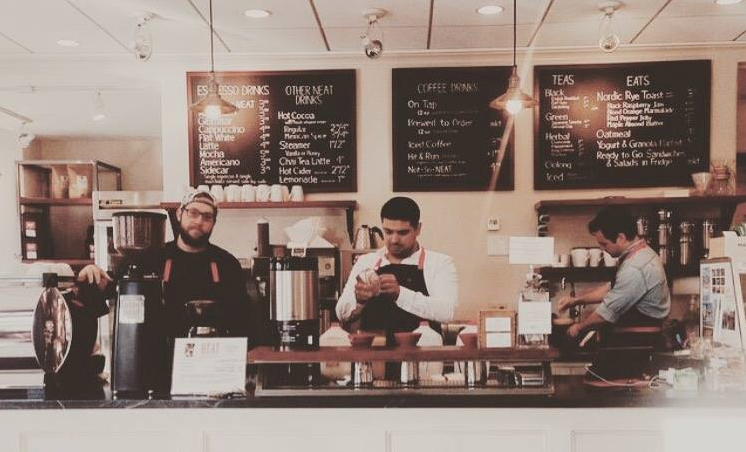 Array of Espresso Neat baristas ready to serve you

The restaurants in the “Best of” list are those that received the top ratings in their “diamond” category and that have received no negative comments from AAA members in the past year.

Two other nearby restaurants are also part of the AAA “Best of” category, the organization said: City Limits Diner in Stamford and Aux Delices in Greenwich. Four places in New Haven also made the list.

Aux Delices also has a restaurant in Darien, in Goodwives Shopping Center at 25 Old Kings Hwy. South, but that location isn’t rated by AAA. Darien Social (not currently in business) and Ten Twenty Post also have AAA diamond ratings.

There are 59,000 AAA Diamond-rated establishments nationwide for travelers to visit and under a new AAA designation program called “The Best of . . ., “ 10 restaurants and one hotel in AAA Northeast’s western Connecticut territory of Litchfield, Fairfield, and New Haven counties have made the cut.

These 11 establishments are among one- two- and three-diamond rated facilities, which make up just 7 percent of AAA’s overall national program in which facilities are rated for their cleanliness, comfort, and hospitality.

Here are the facilities that have earned the “Best of . . .” label offering travelers more casual and affordable options “just as charming and memorable as their higher rated counterparts,” according to AAA: 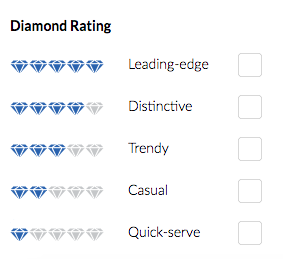 To earn a diamond — whether it’s one or five — establishments must meet AAA’s rigorous standards for cleanliness, comfort and hospitality. For more selections nationwide, visit AAA.com/123Diamonds.