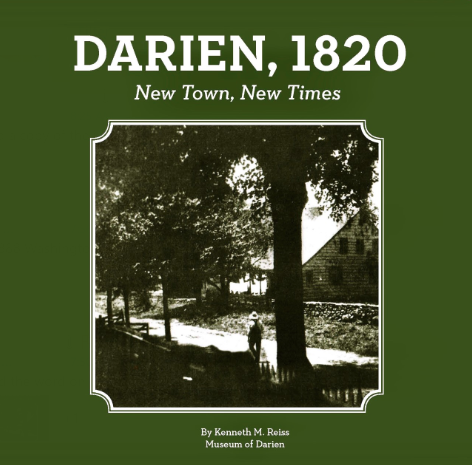 What was it like to live in Darien 200 years ago? As the town celebrates its 200th birthday it’s an opportune time to ask the question.

The opening of the accompanying Darien 1820 exhibit at the Darien Historical Society has been delayed until September due to the current Covid-19 crisis, but the Society plans on releasing virtual “sneak peek” videos of the exhibition over the summer. 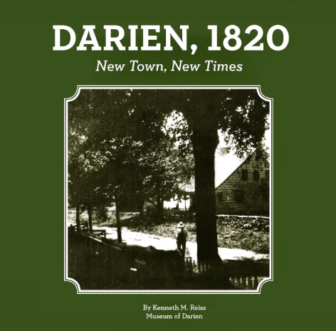 Both the book and the exhibition focus on life in town during the year 1820, when Darien gained its independence from Stamford and Norwalk.

“People living in 1820s Darien were on the threshold of revolutionary developments that would usher in the modern age,” said Reiss. “While there were a few tremors of change being felt here in 1820, by and large, folks living in Darien still would have had more in common with their medieval ancestors.”

The Darien 1820 book and exhibition are based on extensive research that Reiss uncovered during a yearlong project to write a commemorative book for the Bicentennial to benefit the Society.

Designed to immerse visitors into the world of early 19th century Darien, the book focuses on how families lived and worked, and how the town was first organized.

While new mills had been producing a miracle fabric, cotton cloth, and steamboats were spotted occasionally on Long Island Sound, life in Darien 200 years ago still revolved mainly around the farm and a few key crafts that served the community’s needs and kept the town very insular, Reiss said.

“People might tend to romanticize life in the pre-industrial United States, but this display and the book will quickly demonstrate that eking out an existence in a small farming community in the 1820s was not at all easy,” Reiss said.

Before 1820, this area was known as Middlesex Parish because it had its own Congregational Meeting House since the 1740s. The Parish straddled parts of both Stamford and Norwalk and had been evolving into a distinct community since the 1680s, when a few families first arrived in the area.

The exhibition and the book also cover the town’s long path to independence, with a special focus on Thaddeus Bell, the man who championed the cause. During his long life, Bell was known for his service as a soldier during the Revolutionary War and he was one of 48 men kidnapped

by Tory and British soldiers during the 1781 raid on the Middlesex Parish Meeting House.

Today, especially this year during the town’s Bicentennial celebrations, Bell is celebrated for his work as a state representative and for his tenacity in petitioning the State Assembly three times before independence was finally granted in 1820.

The new charter had the town’s name listed as “Bellville” in his honor, but Bell crossed out that name and inserted the name of Darien, instead. No one knows the true reason why Bell chose that name, but it has long been a favorite pastime among residents to ponder the origin of the town’s name (in fact, Reiss is positing a new theory on the subject in his Darien 1820 book.)

More information is also available at www.darienhistorical.org or by calling the Museum at 203.655.9233.

Let’s Make History Together — Learn how you can help preserve Darien’s greatest treasure, its history! Visit www.darienhistorical.org for information.