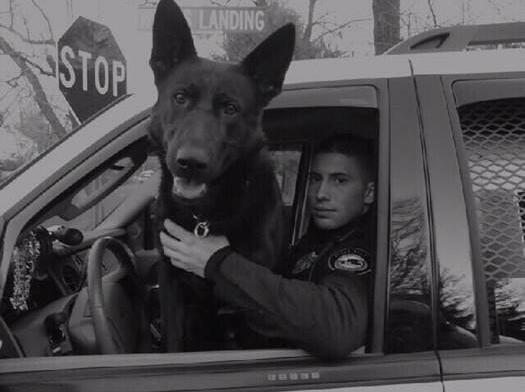 It is with profound sadness that the Darien Police Department announces the passing of retired police K-9, “Zulu,” on Thursday, Aug. 27.

K-9 Zulu’s health began to rapidly deteriorate over the last week and after significant medical consultation, his handler, Lt. Nicholas Aranzullo and his family made the extremely difficult but humane decision to end Zulu’s pain and suffering.

Zulu was a jet-black German Shepherd who hailed from the Czech Republic and was approximately 13 years old upon his passing.

K-9 Zulu was the first Darien Police K-9 in the history of the department.  Sworn in to service in July of 2009, Zulu had a decorated career which included commendations for narcotics investigations, criminal apprehensions, and tracking for lost or missing persons.

As Zulu began to show signs of age, the decision was made to let him retire from police service and live out his golden years at home with the Aranzullo family.

Zulu completed his career in the Fall of 2016 and has since been living comfortably at home helping care for the Aranzullo’s young triplet boys.

K-9 Zulu will be sorely missed. Please keep him and the Aranzullo Family in your thoughts and prayers.