State Rep. Terrie Wood is again hosting flag drop-off services for residents of Darien and Rowayton who want to retire their worn American flags with honor and dignity.

But this time the dropoffs will be drive-through events to make them safer for people who haven’t been fully vaccinated.

The flag collection will be a  drive-through event so that residents can dispose of their flags in a safe way while restrictions during the COVID-19 pandemic are gradually easing, Wood’s announcement said. 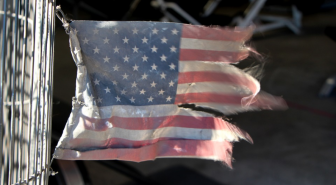 People do fly tattered flags — but it’s long been discouraged by the federal Flag Code (see the sidebar under this article for details).

“It is important that we provide local residents to retire their old American flags with honor, respect, and dignity with a proper ceremony,” said Wood, a Republican whose district covers Rowayton and much of Darien.

The first event will be held from 9 to 10:30 a.m., Saturday, May 29 at Darien Town Hall with First Selectwoman Jayme Stevenson. 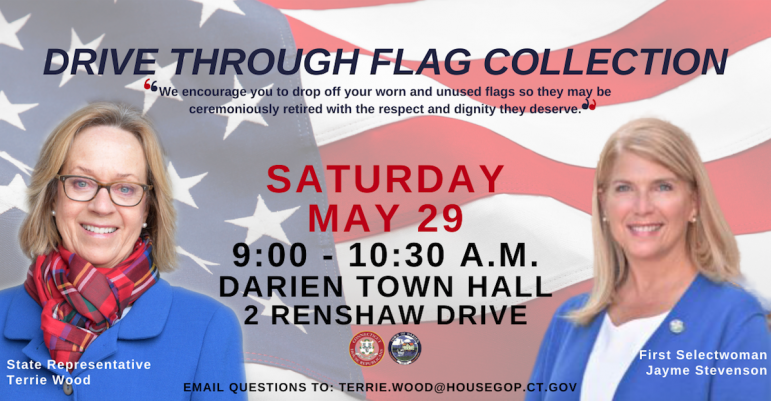 “Our flags represent the freedoms and liberties we are all so fortunate to have, and they also honor the brave women and men who have fought to defend our way of life,” Wood said Friday in her announcement.

From Darienite.com (not part of Woods’ announcement):

According to this summary of federal law regarding treatment of the U.S. flag, prepared for the U.S. Senate: “[I]t is important to remember that the Flag Code is intended as a guide to be followed on a purely voluntary basis to insure proper respect for the flag.

“It is, at least, questionable whether statutes placing civil or criminal penalties on the wearing of clothing bearing or resembling a flag could be constitutionally enforced in light of Supreme Court decisions in the area of flag desecration.”