Update 6:21 a.m. — A total of 378 Darien electricity customers remained without power as of of 6:10 a.m., according to Eversource.

While many places around Darien reopened, other than schools, on Thursday, 667 Eversource customers remained without power in town as of 9:30 p.m. Thursday. 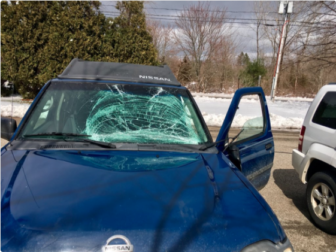 Connecticut State Police tweeted the picture above at 1:21 p.m., Thursday with this message (slightly edited): “Oh boy! It’s not a joke. Clear your vehicle (tractor-trailers & buses included) of ALL snow & ice before traveling. This occurred on I-84 eastbound at Exit 27 when snow flew off the top of a tractor-trailer. Luckily there were no injuries, but shards of glass were all over the operator of the car.”

Aside from Westport, coastal communities in Fairfield County generally had lower percentages of customers in the dark: 7 percent in Norwalk, 4 percent in Stamford and 3 percent in Greenwich.

Around the state as a whole, 6 percent of Eversource customers were without power — 77,587 as of 9:30 p.m. The company doesn’t have a “statewide estimated time of restoration” yet, but expects to announce that sometime Friday.

For Friday, March 9, Metro-North will operate a regular weekday schedule, and service will resume on the New Canaan and Danbury branches. Customers may experience some delays due to the residual effects of the storm.  […] Please exercise caution getting to/from our stations and on our stairways & platforms, and listen for announcements. 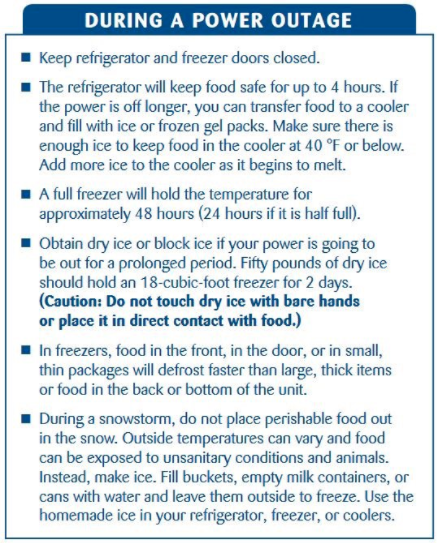 Eversource line and tree crews are working non-stop alongside dozens of out-of-state crews to repair the destruction caused by the heavy, wet snow and high winds that hit Connecticut Wednesday afternoon.

The damage caused by the storm is extensive and widespread leaving hundreds of broken poles and thousands of feet of downed power lines around the state. Eversource crews are working directly with communities to clear hundreds of blocked roads, while assessing damage and restoring power to more than 133,000 homes and businesses since the storm began.

Friday, the company expects to announce a statewide estimated time of restoration, when the majority of customers will be restored, with town-by-town restoration estimates shared by the end of the day tomorrow.