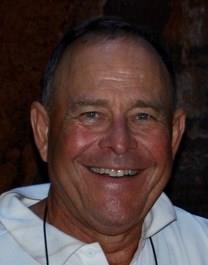 Win was born in Missouri on June 25, 1941, the son of the late John and Louise Stevens. He attended the University of Missouri and received his B.S degree before attending law school.

He met his then-to-be wife Fran, and they married in August 1967. Win and Fran would have celebrated their 50th wedding anniversary this year.

Win dedicated his career to the world of advertising, focusing on Family Circle Magazine, Golf Digest and Golf World, Reader’s Digest, Snow Country Magazine, and Tennis Magazine. Win and Fran moved from Darien to Bald Head Island, N.C. in 2000 where they became enthusiastic members within both the Island community and the Bald Head Island Club.

Win was an active member at the Bald Head Island Club for many years, taking leadership roles on the Golf, Greens, and Finance committees and also serving on the Board of Governors from 2003 to 2008, and from 2009 to 2012. Win’s passion for all things golf held a close second to his love for his family, friends, and his dogs.

— an obituary from the Peacock, Newnam & White Funeral and Cremation Service

A celebration of life service will be held at 11 a.m., Friday Oct. 13 in the Village Chapel on Bald Head Island, with a reception to follow at the Bald Head Island Club.

Online condolences may be made at the Peacock, Newnam & White Funeral and Cremation Service website in Southport, N.C.