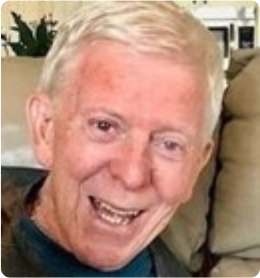 William McDonagh passed away Nov. 12. His funeral will be on Dec. 7.

William McDonagh passed away Nov. 12. His funeral will be on Dec. 7.

He was born and raised in Canbrack, Kiltimagh, County Mayo, Ireland and moved to the United States when he was 19. He lived in Queens, New York, Stamford and Darien before retiring to Florida.

Bill worked as an engineer for Metro-North Railroad for 40 years, retiring in 2004. He was a union representative for his fellow engineers for 20 years. He loved his job and made life-long friends, many of whom retired to Florida.

He was also blessed to surround himself with new friends in Palm Coast who were there to support him when his health started to deteriorate.

Bill looked forward to his weekly phone calls with his brothers in England and Ireland, He had a good heart and shared his love with all his family and friends. He never said no to anyone and was a cherished friend to many. He will be sorely missed.

There will be a funeral Mass at 11 a.m., Dec. 7, 2019 at St. Bridget of Ireland Church, 278 Strawberry Hill Ave., Stamford. Burial will be at St. Raymond’s Cemetery, Bronx, New York at the convenience of his family.

—This obituary previously was published by the Stamford Advocate.