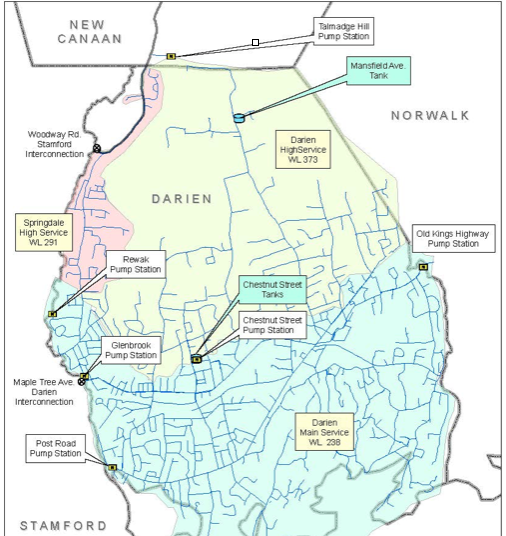 Aquarion Water Company is planning to replace just over a mile of water main pipes under stretches of Noroton Avenue, Mansfield Avenue and Middlesex Road this summer. 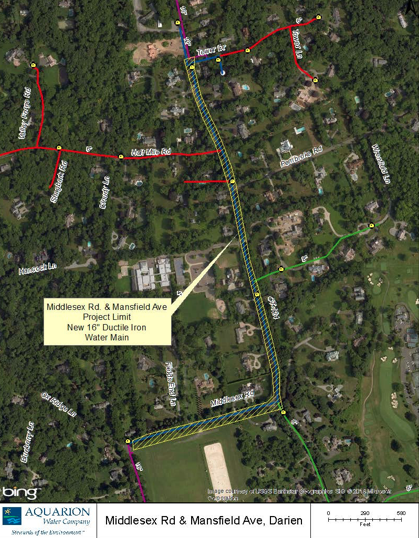 Work was tentatively scheduled to start on June 20 on both the Noroton Avenue and Mansfield Avenue/Middlesex Road areas, Daniel Lawrence, Aquarion’s director of engineering and planning, told the Board of Selectmen at the board’s regular meeting last Monday.

“We’ll do our very best to finish up before school begins” this fall, Lawrence said.

Darien’s water either comes from reservoirs in Stamford or down a regional pipeline from elsewhere in Fairfield County, Aquarion officials told the board.

Aquarion’s regional pipeline takes water from a point on Hemlock Reservoir at the northern end of the town of Fairfield (two other nearby bodies of water, the Saugatuck and Aspetuck reservoirs, feed into the Hemlock). 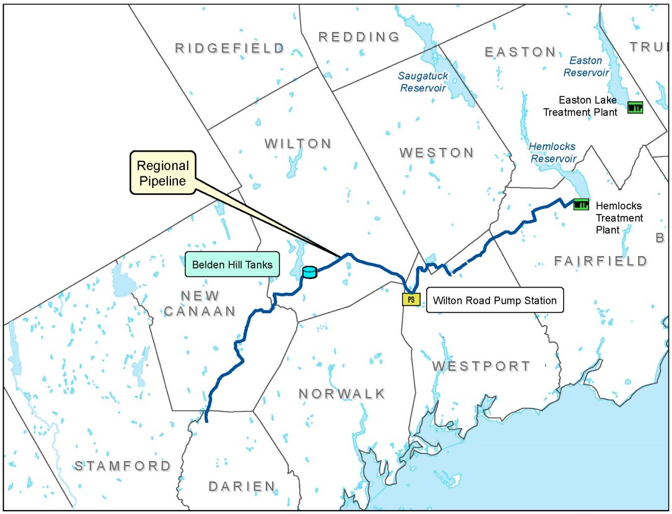 The pipeline ends near the Talmadge Pump Station, near the Talmadge Hill Railroad Station, just over the New Canaan line from the northwestern corner of Darien. Water mains then connect it with a tank off of Mansfield Avenue, which connects with the water tank on Chestnut Street, just off of Noroton Avenue.

Main pipes 12 inches in diameter have burst this past winter as temperature changes move the ground around them. Aquarion plans to replace the pipes with larger, “ductile iron” ones 16-inches in diameter, Lawrence said.

The route covers about eight tenths of a mile, according to Google Maps. Lawrence said it’s a 4,230-foot length. 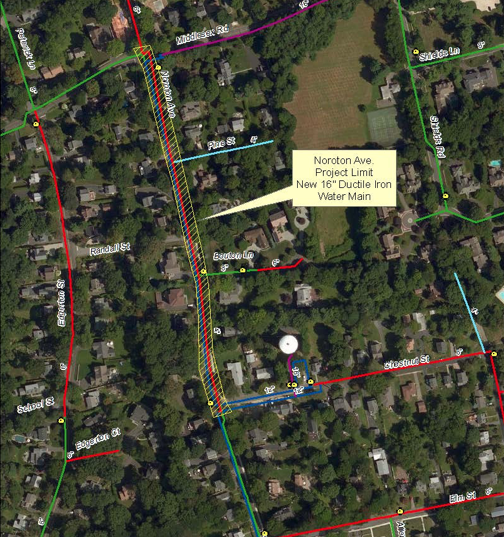 The water main pipe being replaced under Noroton Avenue.

“These are important pieces of infrastructure,” Lawrence said. “Overall, it’s close to a mile of water main we’re replacing, on some significant roads as well.”

Lawrence said finishing up on the Middlesex Road portion of the Middlesex/Mansfield project was going to be the biggest challenge to complete before the start of school, although he didn’t specify why.

Aquarion officials gave a presentation about their water company and topics such as this summer’s projects in Darien, water conservation becoming more important in southwestern Connecticut and lead in drinking water.

Here’s the TV79 video of the meeting. The Aquarion presentation starts off the meeting and runs for about 45 minutes: