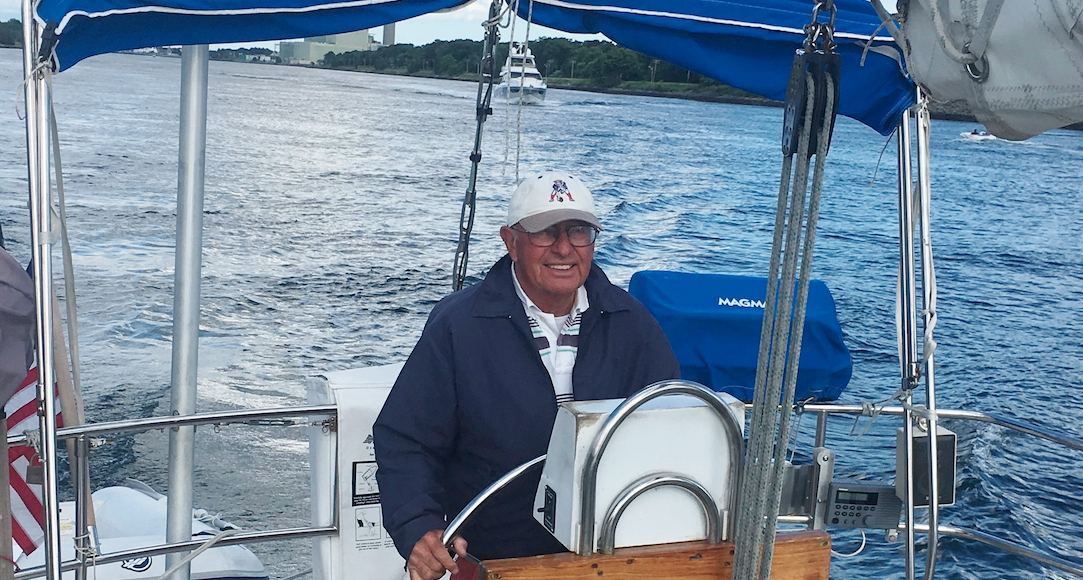 Wasili “Lou” Resnansky, 76, died suddenly from a fall on May 24, 2020 doing one of his favorite things, getting his sailboat ready for the summer season. 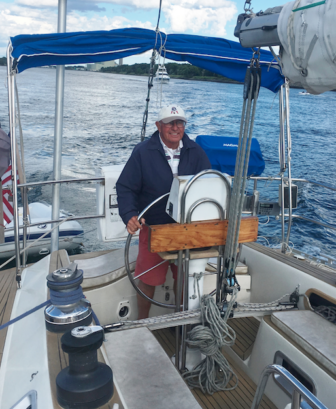 A proud Darien resident of 48 years, Lou’s life embodied the American dream. He was born in 1944 in what was then Czechoslovakia. His parents had fled the U.S.S.R., and their family grew to include his two sisters, Nadja and Lidia, while they made their way to Germany as World War II ended.

Lou’s love of sailing was rooted in his first boat trip. At the age of six, he and his family, along with other sponsored refugees from Poland and Russia, took the USS General Muir from Bremen, Germany to New York.

Lou was raised in Brooklyn and graduated from Cooper Union with a B.S. in mechanical engineering. Upon graduating from college, he pursued his three lifelong passions with gusto.

Lou loved building extremely complicated things which led to a career designing Minuteman missiles, nuclear power plants, and prosthetic limbs as well as weekends filled with designing and building seaworthy sailboats, taking apart and rebuilding boat engines, gutting kitchens, and replacing the roof. Even at the age of 76, Lou couldn’t possibly let someone else lay his precious roof tiles.

He taught himself to sail and embarked on 50+ years of epic sailing adventures. Lou and his family sailed through every nook and cranny of Long Island Sound, as far north as Nova Scotia, as far south as Biscayne Bay, Florida, throughout the BVIs, all through the San Juan Islands, and all the way around Vancouver Island.

Many a dinghy, oar, and fender were lost; many more laughs were had. He was a captain through and through. 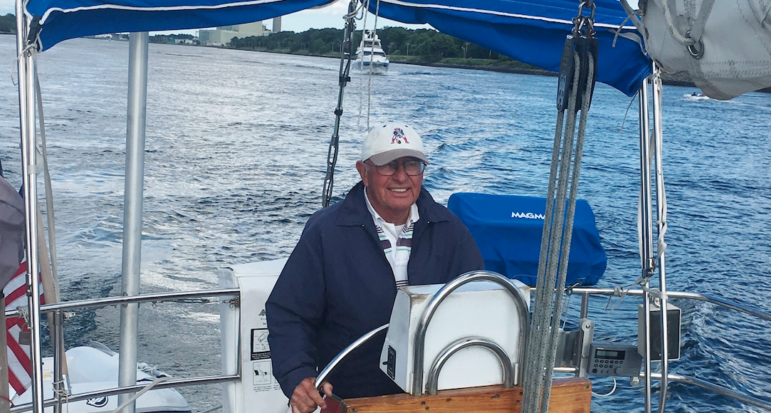 Wasili “Lou” Resnansky, 76. (A version of the picture above, but more close-up.)

He harbored a fervent love of the ocean and a wise, well-honed respect for the Laws of the Sea, always ensuring the safety of his crew and care of his vessel. He was known at boat clubs for being the one who would tinker on other people’s temperamental engines, help sand down the teak, and happily share a Budweiser at 5 o’clock.

Known for his authentic welcoming smile, Lou was a dedicated and proud family man. He met his beloved wife, Anna, 52 years ago in Boston. Predictably, on their first date, they bonded over their shared love of boating. They moved to Darien in 1972 and raised their four children, Gregory, Marie, Laura, and Kristin.

Even as Lou’s job took them to Georgia and Texas and sailing adventures drew them to Washington, they always moved back to their home in Darien. As their children married, they enjoyed visiting Greg and Melanie in Texas, spending time in Darien with Marie and Kip, and traveling to San Francisco to see Laura, Kristin and Scott.

Lou was the cherished grandfather to 11 grandchildren: Braden, Landon, Andrew, Kylie, Will, Pippa, Hayden, Margaret, Matthew, Ellie, and Alex. They will remember him for giving them funny nicknames, taking them on boat trips, going fishing, doing projects with his extensive tool collection in the spotless basement, watching the History Channel and eating ice cream sundaes in three bites.

Lou was patient and gentle yet steadfastly determined; he was loyal and funny; he loved vacations and his family.

In lieu of flowers, please do something Lou loved doing — give a little kid an unforgettable, silly nickname, wear a baseball hat that reminds you of a favorite family trip, give a heartfelt speech at a family dinner, go on an overly ambitious sailing adventure that makes your adult children extremely nervous, or talk to your grandchildren about World War II military strategy and why democracy is the best form of government.

If donating is more your thing, please consider supporting the Friends of the Darien Library or just think of Lou when you check out a nonfiction audio book (he listened to all of them).