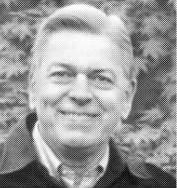 Warren McKenzie, 85, passed away on Dec. 17. Services will be private.

Warren G. MacKenzie passed away peacefully Dec. 17, 2016, in St. Louis shortly after celebrating his 85th birthday surrounded by family and loved ones.

Warren McKenzie, 85, passed away on Dec. 17. Services will be private.

Warren was born on Nov. 19, 1931 in Glen Ellyn, Ill., the son of John W.P. and Elizabeth A. MacKenzie. He graduated from the Park School of Buffalo, N.Y., in 1949, received his undergraduate degree from Yale University in 1953, and then served in the U.S. Army in Korea as an artillery lieutenant.

Returning to the United States, he received his juris doctorate from Columbia Law School in 1959. Warren married Phoebe Ann Connor in 1956 and they lived in New York City and Darien, where they raised five children who survive them: Phoebe MacKenzie Smith of St. Louis, Warren Gair MacKenzie, Jr. of Washington D.C., James Connor MacKenzie of St. Louis, Donald D. MacKenzie of Denver and Scott A. MacKenzie of Cordoba, Argentina.

Warren is also survived by his beloved brother, John P. MacKenzie, of New York City, and his sister Bonnie M. Grey of Chester. His older brother, Donald Bain MacKenzie of the U.S. Army Air Corps, was killed in action on Aug. 17, 1943, while flying a combat mission over Europe.

Warren was an involved PTA parent booster and longtime board member of Camps Owatonna and Newfound in Harrison, Maine. He was a Sunday School teacher and a life-long Democrat. Warren gave time as a volunteer counselor at the Rahway, N.J. prison, where he read the Bible to inmates.

Warren was a lifelong attorney, last passing the Bar in Florida in 1998. He started his career at Willkie Farr & Gallagher in New York City and proceeded to general counsel responsibilities at Borden Inc., Baker Industries Inc. and Carl Fischer, Inc., where he held a senior management role at of one of the most prestigious publishers of sheet music in the U.S.

For many years, he served on the board of the U.K.-based instrument maker and music publisher Boosey & Hawkes.

Phoebe and Warren MacKenzie divorced in 1988 and Phoebe died in 2000. Warren married Rose Schreibel in 1989 and the couple lived in Rowayton and Lakeland, Fl. Rose predeceased him in 2007.

Warren was a committed racquets enthusiast who enjoyed playing tennis and paddle at the Tokeneke Club in Darien and at Echo Lake Club in Westfield, N.J. He infused his children with his passion for racquets, lifelong learning, the importance of camp, team spirit and helping others.

Warren’s eight grandchildren, siblings and friends mourn the passing of a humble, loving, selfless and thoughtful man who was a great father and role model. He was an optimist and a humanist who appreciated fine music and the written word, a gentle loving soul who will be greatly missed.

A private celebration of Warren’s life is planned. In lieu of flowers, please send contributions to Planned Parenthood or the charity of your choice