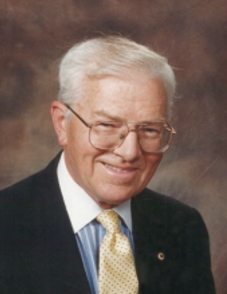 Walter Murby, 89, died May 20 in Penticton, British Columbia. A funeral service will be held June 25.

Walter Murby, 89, died May 20 in Penticton, British Columbia. A funeral service will be held June 25.

He was born Oct. 13, 1937 in Port Alberni, British Columbia to Walter and Helen Murby. His only sibling, Robert, passed away in Hong Kong in 2004. His grandfather, Walter Murby, was the sheriff of Nottingham, England.

After graduation from Vernon Secondary School, Walter immediately started as a teller with the Bank of Montreal. His many branch transfers through British Columbia included Williams Lake, Sidney, Port Coquitlam, Haney, Hope, Burnaby and Vancouver. He left the west coast in 1969 for Toronto as senior manager for benefits & compensation.

He then transferred to the head office in Montreal in 1972 as corporate benefits manager. Walter was seconded to the Canadian federal government’s Anti-Inflation Board in Ottawa in 1975.

He was also transferred to New York as human resource manager for United States operations, where he retired. He settled in Summlerand, British Columbia after spending 37 years with the Bank of Montreal.

Walter will be remembered for his strong work ethic and great sense of humor. He enjoyed golfing, curling and sailing his yacht on Lac de Deux Montagnes. Walter and Margaret toured in their motor home throughout the United States and Canada. The last eight winters were spent enjoying the desert in Thousand Palms, Calif.

Walter was an incredible husband and father. He will be missed by his wife, Margaret, and his two children, Nadine and Bud (Gail); and grandchildren, Nolan, Nicole and Lilia.

Our family wishes to thank the doctors, nurses and support staff for their care and compassion at Penticton Hospital and Moog & Friends Hospice House.