Out with the old, in with the new. A group of town residents rang in the month of August by clearing out an overgrown area behind the Darien Nature Center to make way for a native plant habitat.

— an announcement from Darien Nature Center 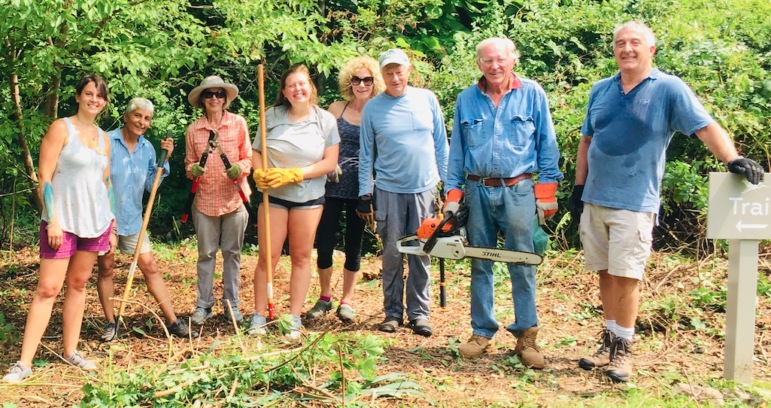 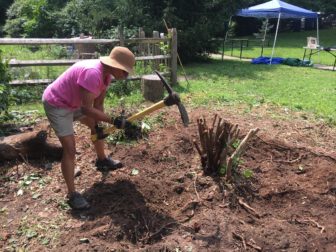 Deepika Saksena with a pickaxe.

Saksena, co-chair of the Darien Pollinator Pathway group, said the plot had been overrun by phragmites, which are large perennial grasses normally found in tropical regions.

Saksena said she and other volunteers plan to revegetate the spot with species that are native to Connecticut, in addition to existing milkweed plants. 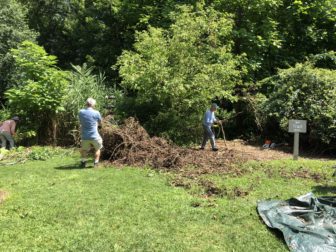 This change will establish an environment that is a food source for butterflies, hummingbirds, bees, and other insects that help sustain our natural ecosystem.

The effort is supported by a $2,000 grant from Patagonia to build anchor gardens for the Pollinator Pathway initiative, said Leila Wetmore, executive director of the Nature Center. 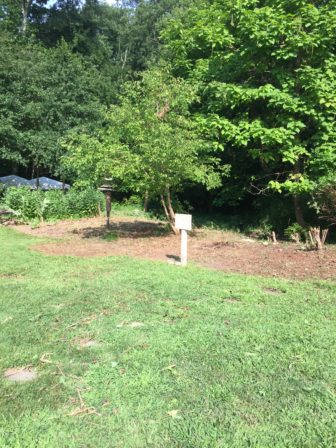 “We’re so grateful for the volunteers that gathered on a hot Thursday afternoon to hack down and remove truckloads of debris from invasive species,” Wetmore said. “And we’re excited to unveil the new plant garden!”

Leah Salomoni-Murtishi is administrative and external affairs manager at the Darien Nature Center.