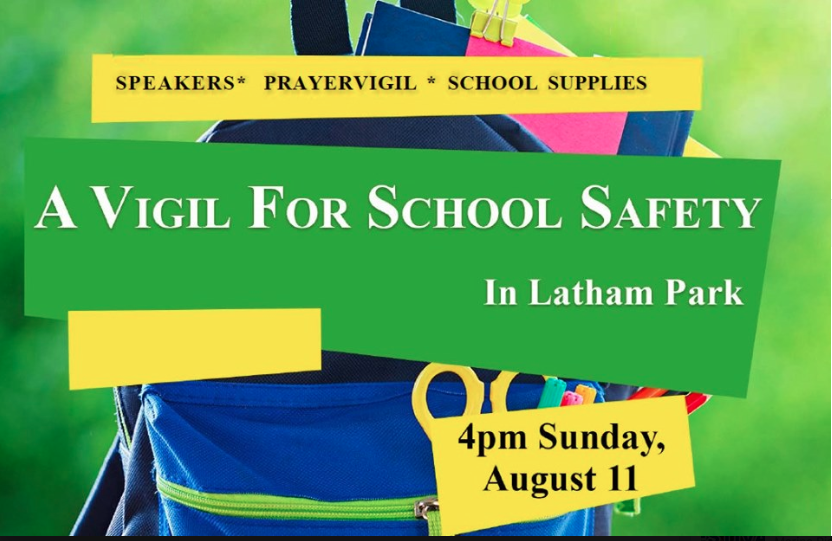 The event is sponsored by the Episcopal churches in Stamford.

Latham Park is a pocket park at 269 Bedford St. in downtown Stamford.

Representatives of Moms Demand Action, Women on Watch, The Enough Campaign, and the Interfaith Council of Southwestern Connecticut will be in attendance. 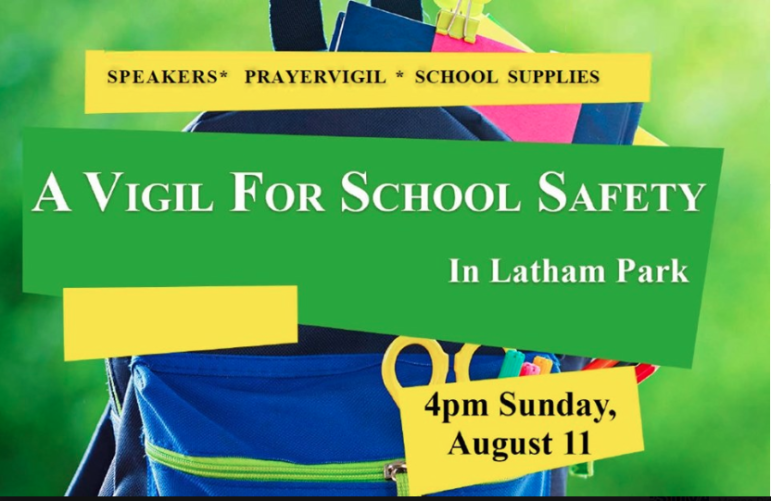 School Supplies to Be Collected

The announcement also says the Episcopal churches of Stamford will be collecting school supplies for students in need:

“WE WILL BE COLLECTING THE FOLLOWING DONATIONS FOR DOMUS AT THE EVENT:
3 subject spiral notebooks
Backpacks:(for boys/girls. generic colors)
Calculators: (basic and scientific)
Markers.
Pencils – Regular & Colored Pens – Blue & Black –
As well as many other materials needed by the students.”