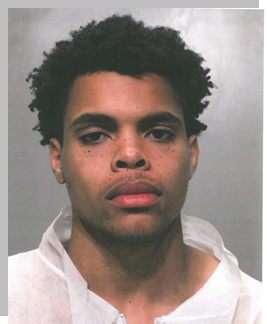 Taylin Fraiser, 18, of Columbus Circle in Hartford was arrested early Friday morning, June 29, on an accusation he stole an SUV in Darien.

After a Fitch Avenue resident left a silver 2016 Honda CRV, unlocked and with the key fob in it, in the home’s driveway Thursday night, it was stolen, but a thief and the car were found before dawn, Darien police said.

Darien police gave this account of what happened, including accusations not proven in court (we’ve added information at 6:31 p.m., in italics below, directly from a Greenwich police report, replacing a report from Darien Patch, which had cited it; the initial time of the incident has been changed to reflect the Greenwich police report):

Taylin Fraiser, 18, of Columbus Circle in Hartford was arrested early Friday morning, June 29, on an accusation he stole an SUV in Darien.

At about 3:34 a.m., Greenwich police were dispatched to the Ocean View Avenue area in the Byram section of town (near I-95 Exit 2) on a report of a suspicious vehicle. The vehicle fled onto Interstate 95, on the southbound-traffic side, headed toward New York state. Police did not pursue it.

About 20 minutes later, police spotted the SUV again, this time on East Putnam Avenue near Sheephill Road in Greenwich (near I-95 Exit 5).

Greenwich police chased the SUV in the northbound-traffic lanes of the Merritt Parkway a.m., when Darien police were informed.

While being pursued, the driver of the CRV tried to get away by taking Exit 38 in Norwalk (where Route 123 crosses under the Merritt Parkway). The SUV then collided with a parked vehicle and all three males in the car ran off. Police captured two of them, but the third got away.

Police arrested Taylin Fraiser, 18, of Columbus Circle in Hartford. The other suspect is a male juvenile.

Fraiser was charged with first-degree larceny, second-degree criminal trover and interfering with an officer. “Trover” involves the wrongful taking of personal property. In Connecticut law, it involves taking personal property without permission and damaging it or diminishing its value.

He was held on $5,000 bond, which he did not initially post. His case is in state Superior Court in Stamford.

The Darien police announcement concluded with this statement, noting how frequent thefts of unlocked cars and entries into unlocked cars have become in town in just this month:

“This is the third unlocked stolen car from Darien that had keys in it, within the last two weeks.  There have also been eighteen (18) overnight car burglaries of unlocked vehicles in Darien in June of 2018.”