On Friday night, Darien TV79 will start broadcasting a local TV journalist’s new show, “The Rebound,” a short interview program celebrating the resilience of people who have excelled at overcoming terrible setbacks. 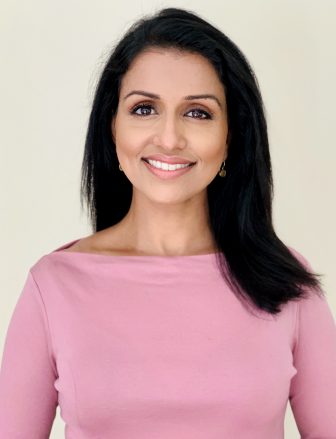 Reena Ninan, whose new interview show, “The Rebound,” will start being broadcast on Darien TV79 at 8 p.m. this Friday.

Reena Ninan, a Darien resident, has been an award-winning broadcast journalist on major networks, including four years at CBS News, which followed her time at Fox News, ABC News and the Washington Post.

Darien TV79 is the first broadcast station to air her latest project, “The Rebound,” a series of programs that Ninan started putting on Youtube in October.

The episodes last about 15 minutes and new ones will appear at 8 p.m. on Friday nights, starting this Friday, Dec. 11. You can also subscribe and see the full “Rebound” series on YouTube.

“People are looking for hope after months of being locked down,” said Ninan, founder of Good Trouble Productions. 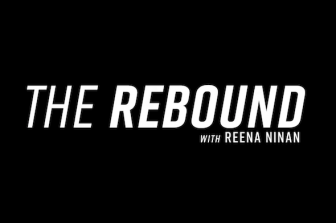 “These are stories of resilience in people who have come out of the worst to build something remarkable. The interviews are raw, honest, real, emotional and motivating.”

Since its online debut Oct. 21, the short videos focus on ordinary Americans recovering from tragedy. One episode is about 40-year-old drug addict Zach Skow, who was told he had weeks to live, beat his addiction and started a program to use rescue dogs for canine therapy with other addicts. He just welcomed his second baby girl into the family this year.

Another segment tells the story of Vietnamese immigrant Nhut Vo, who was sentenced as an adult when he was a teen. He was serving a life sentence for murder, only to get paroled months ago. He is now rebuilding his life as a budding artist.

“We are so happy to be working with Ms. Ninan to bring her new series to her hometown of Darien,” said TV79 Program Director Jim Cameron. “The Rebound is truly an inspiring series of regular folks thriving under extraordinary circumstances, exactly the inspiration we could all use in this time of COVID.”

— information from a Darien TV79 announcement

Correction: Zach Skow’s name and age was incorrect in the information given to Darienite.com.

Clarification? Nhut Vo, we’re told by a source, is better described as an “immigrant” (as described in the announcement we received) than a “refugee.” We tend to think anyone from a country ruled by Communists is a refugee, but we’re not in the mood to debate that.