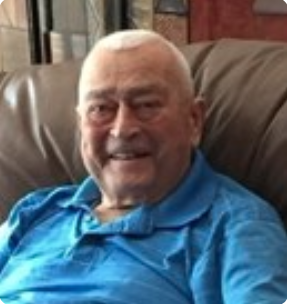 Thomas E. Gunn of Philadelphia and longtime Darien resident, passed away peacefully on Nov. 19, 2019. He was 87.

He was born March 23, 1932 in Valley Stream, New York and was the son of William and Martha Gunn.

Tom attended Valley Stream High School and graduated from Lehigh University with an engineering degree. He served in the Army, reaching the rank of 1st lieutenant at Fort Belvoir, Virginia before starting his career in Sales with Bethlehem steel Corporation.

He advanced through the company for many years, working in the Philadelphia, Detroit, and the Chicago offices before becoming head of sales for the New York office.

After Bethlehem Steel, he founded his own company, Tom Gunn Enterprises, and continued to supply steel to the construction industry.

He was a member of The New York Athletic Association, and The Moles Society, a fraternal organization in the heavy construction Industry.

Tom was an accomplished athlete and competitor. He was captain of Lehigh’s baseball and football teams and named Athlete of the year in 1954. He still holds several school records to this day.

Several NFL teams expressed interest in him, and he received recruitment letters from the Philadelphia Eagles, Green Bay Packers and Baltimore Colts. Tom instead chose to serve his country and enrolled in the military office candidate training program and got married to his first wife, Patty.

Tom was an avid golfer and was a long- time member of Woodway Country Club and made many lifelong friends. Tom loved betting on the horses, visiting Saratoga, and in his early years, he enjoyed skiing, Tennis, and playing cards.

Most of all, Tom was all about his family. He was a great provider and mentor. He was a wonderful husband, father, grandfather and uncle who will be dearly missed.

He was predeceased by his first wife, Patricia Sloate Gunn, and daughter, Tricia Gunn Eagan.

A private memorial service will be held at a future date. In lieu of flowers, please send donations to the American Cancer Society

— This obituary previously was published by the Darien Times. Condolence messages may be left on the website of John R. Deady Funeral Home, which is in charge of arrangements.