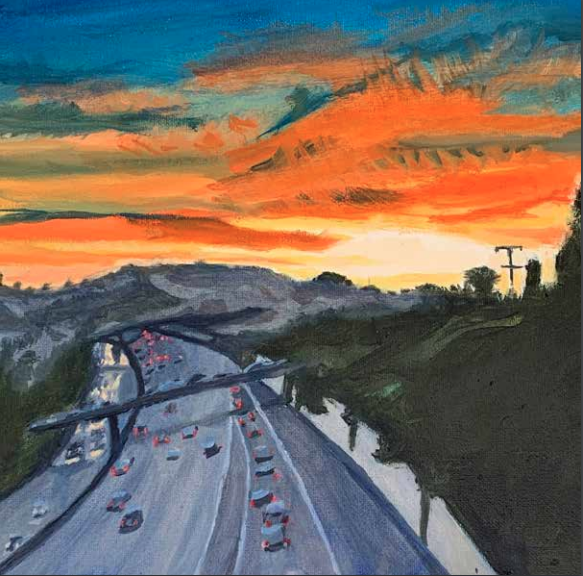 A work by Robert Zelnick

— an announcement from Atria Darien

Here’s a statement from the artist:

The largest portion of my life, before moving to Connecticut, was spent as a classical musician. Shortly after moving back east from California I attended a class at Silvermine for absolute beginning artists, and was thrilled when I discovered I could make a decipherable representation of an object or drawing for the first time, not counting stick figure drawings from childhood.

A work by Robert Zelnick

I was determined to continue onward with my new found attraction, and have continued taking classes both at Silvermine and at Lapham in New Canaan. I endeavor in both pencil and oil, to create images that suggest a mood, a direction, a feeling.

I have used photos that I have taken myself as well as some from other sources such as the internet, calendars and even off the television screen which impart or suggest something that attracts me.

It may be lighting, subject, or movement, but invariably it is something I feel I want to spend time with. I often find time going by unnoticed while involved in the process, and there is an echo of similarity with music for me, even in some of the vocabulary.

The sense of proportion, shading, transition, intensity — these attributes are all shared by both of these artistic mediums. There is also a physical or kinetic sense that reveals itself when you feel like things are “flowing.”

It is my pleasure to share some of my work with you as I continue along this delightful process.