Theodore B. Seelye, formerly of Darien, passed away peacefully on March 9. He was 69. 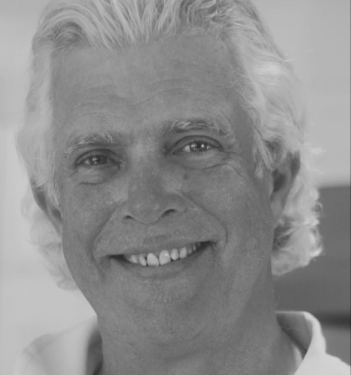 Theodore Seelye, 69, passed away March 9. His memorial service will be on June 5.

Born Sept. 25, 1951 in Philadelphia, he was the son of Mary S. Seelye, who survives him, and the late James B. Seelye, both of Philadelphia.

Ted was a 1969 graduate of Kent School, Yale University (1973) and the Darden School of Business at the University of Virginia (1975).

He spent most of his career in fixed income at Salomon Brothers (later known as Salomon Smith Barney, then Citigroup) before joining Cantor Fitzgerald in 2009 as the global head of emerging markets until his retirement in 2011.

The Seelye family lived in Darien from 1988 until 2016. Their home was filled with family, friends and a never-ending array of pets.

Ted’s career took the family to England for several years in the 1990s, where they forged many friendships in the close-knit expatriate community in Weybridge, Surrey.

A dedicated golfer, Ted’s love of the sport and his knack for developing lifelong friendships on the course began in childhood. He often shared memories of riding bicycles to Sunnybrook Golf Club with his best friend, Christopher Fleming, and playing endless rounds of golf to hone their game.

Ted’s well-earned skill secured him a place on Yale’s golf team, which he recalled as having a deep camaraderie that he believed more than made up for their lack of championship titles.

Even after joining his beloved “home” at Winged Foot Golf Club in 1977, Ted was well-known as a player that “has clubs, will travel,” and his good-natured sportsmanship (and scratch handicap) led to countless invitations to member-guest tournaments from friends around the world.

Ted was immensely proud of his children and loved them dearly, sharing stories about James, Julia and Michael nearly every day with the kind nurses and staff from Constellation Hospice, especially his favorite nurse, Donna.

In his last conversations, rather than focusing on his illness, Ted talked of Buddha, Sweetie Pie and the Big Guy.

He will always be remembered by family and friends as a man with a gentle spirit who loved deeply and quietly.

A memorial service will be held at 2 p.m., Saturday, June 5, 2021, at Noroton Presbyterian Church, 2011 Post Road, Darien, with a reception to follow.

An interment service will be held at 2 p.m., Sunday, June 6 at St. Thomas’ Whitemarsh Memorial Garden in Flourtown, Pennsylvania.