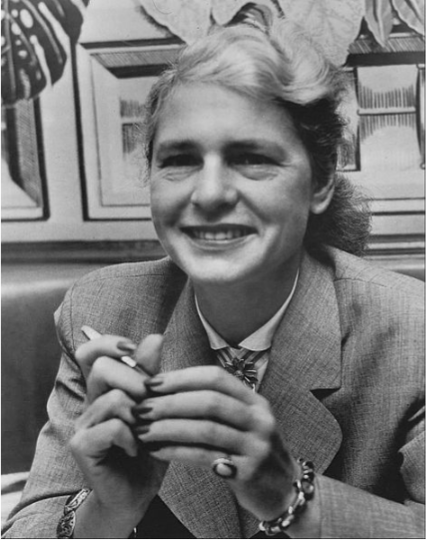 Publicity photo from 1955 via Wikimedia Commons

Photo of Margaret Bourke-White as a subject of the television program Person to Person.

Works of four singular American photographers: Margaret Bourke-White (a Darien resident until her death in 1971), Carl Mydans, Patrick Nagatani, and Brett Weston are the focus of “From Butterflies to Battleships,” a photography exhibit at the Bruce Museum.

— an announcement from the Bruce Museum 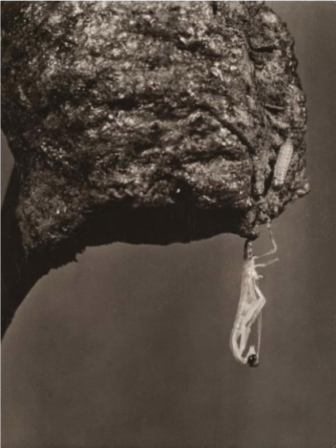 “From Butterflies to Battleships” showcases the tremendous diversity of directions taken by photographers in the 20th century, whether employing the camera in a documentary mode to record insect development and to chronicle historic events, or experimenting with the technology to create abstract or composite images.

“Given that the Bruce is a place for both aesthetic and scientific inquiry, I wanted to create an exhibition that tapped into that dual mission,” Guyet said. “Since photography is a practice that lies at the intersection of art and science, and the museum has a host of surprising works in its photo collection, this seemed like the perfect subject to explore.”

“From Butterflies to Battleships: Selections from the Bruce Museum Photography Collection” will be on view through Sept. 1, 2019 in the Arcade Gallery. 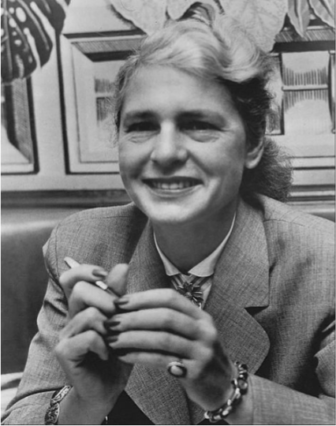 Publicity photo from 1955 via Wikimedia Commons

Photo of Margaret Bourke-White as a subject of the television program “Person to Person.”

Margaret Bourke-White was a trailblazer. In the 1930s she shot LIFE magazine’s first cover story and was the first foreign journalist allowed to photograph inside the Soviet Union.

She documented fateful figures and events such as Mahatma Gandhi shortly before he was killed, and the U.S. Army’s liberation of Buchenwald.

Although renowned for capturing the glories of the industrial age, and the sorrow and suffering of economic and wartime disasters, BourkeWhite also had a lifelong interest in the natural world.

On view in this exhibition is a collection of insect studies from the 1930s in which butterflies and moths are hazily depicted in various stages of metamorphosis. These photographs reveal a remarkably intimate and experimental side of Bourke-White’s oeuvre.

The onset of Parkinson’s disease in the early 1950s curtailed Bourke-White’s globetrotting career. She retired to Darien, Bourke-White wrote a best-selling memoir, Portrait of Myself, and passed away in 1971 at the age of 67.

Carl Mydans was also one of LIFE magazine’s first photographers, and he spent the majority of his career capturing landmark events for the magazine in the United States, Europe, and Asia. During World War II, Mydans worked along the Finnish-Russian border, as well as in Sweden, Britain, Italy, France, China, Singapore, Thailand, and the Philippines. 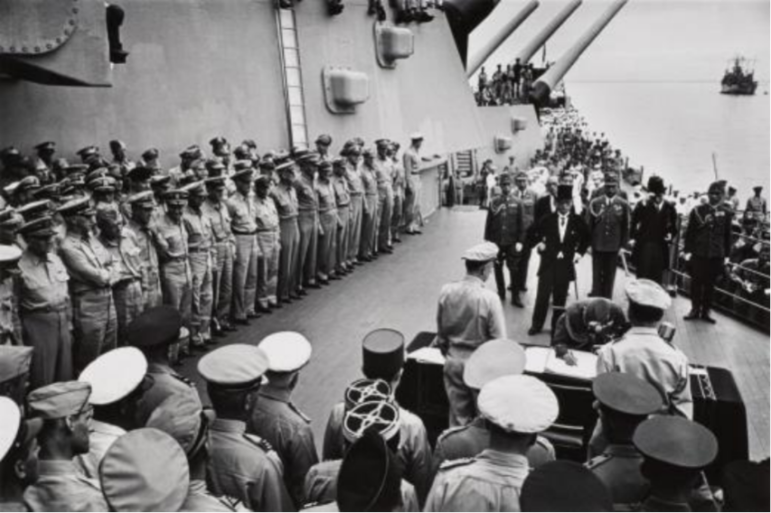 Throughout the war, Mydans embedded himself among both troops and locals, which allowed him to capture intense and critical moments of history. At one point, he and his wife, Shelley, a researcher at LIFE, were held as prisoners of war for two years.

From Butterflies to Battleships will include two iconic photographs from 1945, taken while on assignment during World War II with General Douglas MacArthur and his regiment.

Mydans also covered the Korean War for LIFE, and continued working for the publication until it folded in 1972. He passed away in 2004 at the age of 97 at his home in Larchmont, New York.

Patrick Nagatani, a Japanese-American, was born in Chicago less than two weeks after the bombings of Hiroshima and Nagasaki, and devoted his artistic career to chronicling the legacy of nuclear technology in the United States. 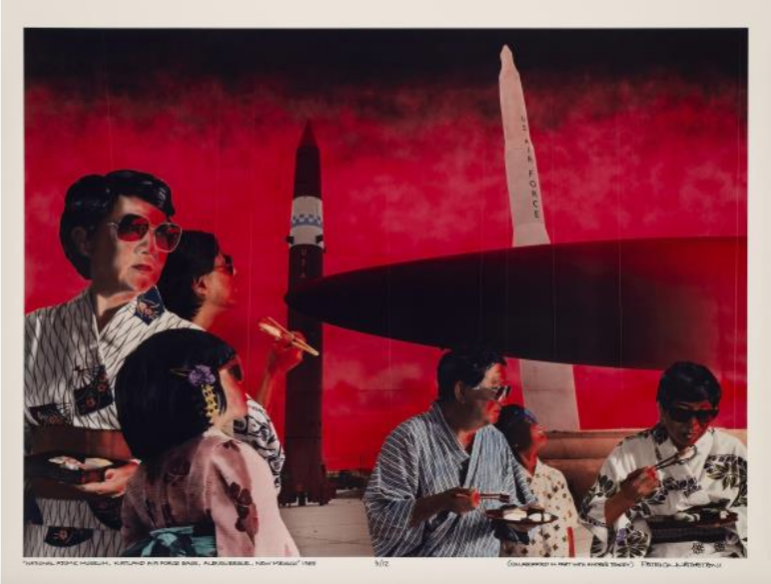 While studying photography at UCLA, Nagatani also worked in special effects on Hollywood films, the influence of which we see reflected in his work.

Nagatani moved from Los Angeles to New Mexico in 1987. He taught art and photography at the University of New Mexico before retiring in 2006 as professor emeritus in the Department of Art & Art History. 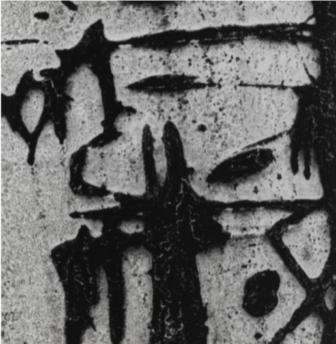 Photo by Paul Mutino (of the photo by Weston)

Brett Weston, son of renowned photographer Edward Weston, first began making photographs as a teenager while living in Mexico with his father. While there, he was exposed to revolutionary artists such as Tina Modotti, Frida Kahlo, and Diego Rivera.

Over time, Brett would reach beyond the modernist aesthetic championed by his father, to the brink of abstraction, using large format view cameras, and high contrast printing, to create abstract photographs from nature.

Toward the end of his life, Weston moved to the Big Island of Hawaii, where he said, “I have found in this environment, everything I could want to interpret about the world photographically.”

About the Bruce Museum

The Bruce Museum is located in a park setting just off I-95, exit 3, at 1 Museum Drive in Greenwich, Connecticut. The museum is also a 5-minute walk from the Metro-North Greenwich Station.

The museum is open Tuesday through Sunday from 10 a.m. to 5 p.m.; closed Mondays and major holidays. Admission is $10 for adults, $8 for seniors and students with ID, and free for members and children less than five years. Individual admission is free on Tuesday.

Free onsite parking is available and the museum is accessible to individuals with disabilities. For additional information, call the Bruce Museum at 203-869-0376 or visit brucemuseum.org.