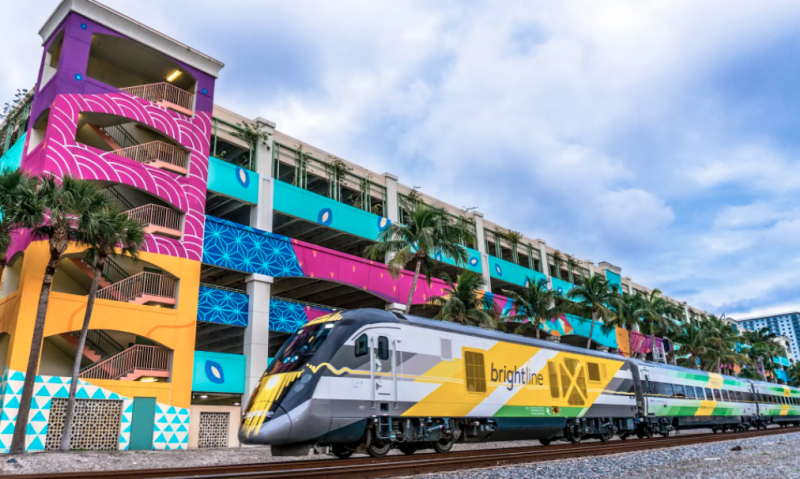 Imagine this: using an app to book a car, a train ride and another car to your destination in one step.

Such a service has just been announced by the innovative Brightline rail service in south Florida.

It’s the “last mile” that’s always been a challenge for would-be rail riders. Assuming you can get to your “home” train station (maybe if you’ve waited 5+ years for a parking permit), when you get off the train in an unknown town, how do you get to your final destination?

Visit the smallest town in Europe and on arrival at the train station there will be a map to help you orient yourself. In Connecticut, no such thing.

Is there a bus? Do I have to order an Uber or take a taxi? And exactly where is my destination in relation to the station?

I used to scratch my head watching business people from NYC arrive on Metro-North at Stamford for business meetings and wait for a taxi to take them a quarter mile to UBS or Purdue Pharma, both within easy walking distance of the station. Were there a local map in the station to consult they’d have saved the cab ride, a few bucks and get some exercise.

If you’re headed to Grand Central there are plenty of maps, buses, subways, Citibikes and such. But if you’re heading to downtown Greenwich, Stamford or Bridgeport, good luck. That’s why people drive. The train is too much of a hassle.

And that’s why Metro-North and CDOT could learn a lot from Florida’s Brightline, the sassy for-profit private railroad coming back into service after a COVID pause. Brightline runs from Miami to West Palm Beach and soon on to Orlando and maybe even Tampa. Their hourly trains are sparkling clean and their fares super cheap. 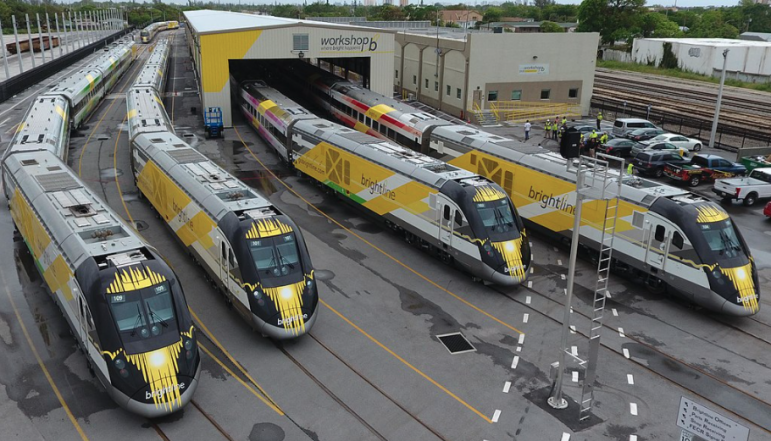 Brightline’s five trains together at Workshop B in West Palm Beach, Florida.

Imagine that: a commuter railroad running along I-95, trying to lure passengers off the crowded highway. Sound familiar?

If you’re anywhere along their line, you fire up their app and book your train ticket. Then you can add transportation to the train station — a fleet of “Teslas, shuttles and electric golf carts that will pick you up where you are and take you to the train station, then take you to your final destination,” Brightline’s President told a local Florida newspaper.

This is brilliant — offering seamless transportation, door-to-door. Brightline is thinking like the customer, not just a railroad. 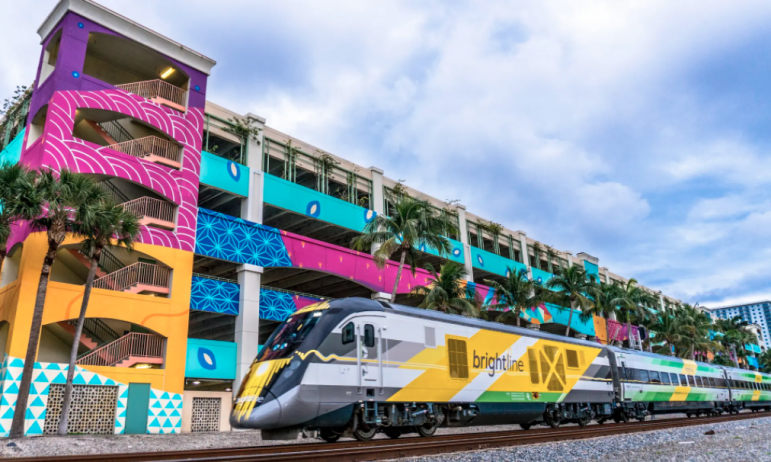 In Connecticut ride sharing services like Uber told me a while back that something like 30% of all their business is short trips to and from local train stations. Some progressive towns like Norwalk and Westport offer on-demand micro-transit options like Wheels2U, but they’re not tied into the train schedule: helpful but not seamless.

I hope that Brightline’s tech partner IoMob, which pioneered this service in Europe, can get Metro-North’s attention and bring this service to Connecticut. The railroad has to see itself as part of a transportation network and make train riding as easy as it is safe and convenient.

Jim Cameron, a Darien resident for more than 25 years, is the founder of the Commuter Action Group, sits on the Merritt Parkway Conservancy board, serves on the Darien RTM and is program director for Darien TV79. Opinions expressed in this syndicated column are his own, not necessarily those of Darienite.com. You can reach him at CommuterActionGroup@gmail.com.