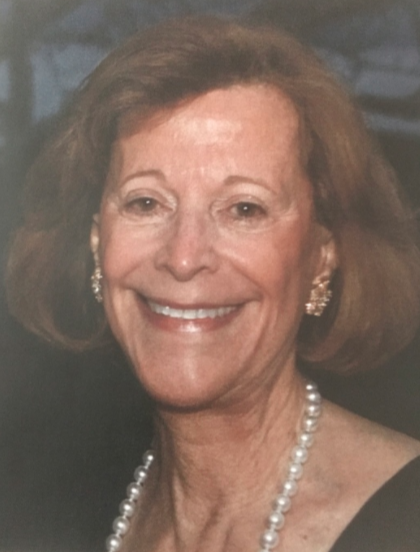 Sue Williams Schenck passed away on April 27. A celebration of her life will take place at a later date.

Sue Williams Schenck, known to all as Sudie, passed away peacefully at home on April 27, from complications due to Parkinson’s disease, with her loving husband Steven Goodwin and caregivers at her side. 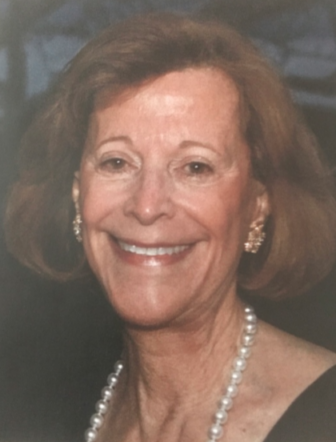 Sue Williams Schenck passed away on April 27. A celebration of her life will take place at a later date.

Sudie was born in Philadelphia to S. Norman and Nancy Doggett Williams, and grew up in Darien. Her father was an executive with Alcoa and her mother was both a successful real estate agent and the president of the Planned Parenthood Association in Connecticut at a time when its mission was not well received by many.

Sudie attended the Low-Heywood School in nearby Stamford, to which she maintained a lifelong connection, and then continued her education at the University of North Carolina, Greensboro where she received a degree in art history.

In the late 1950s, Sudie moved to the Beacon Hill section of Boston with her first husband, Garret Schenck, where they raised their three boys — Van, Chris, and Trip. Sudie brought her vivacious, daring, and mischievous personality to motherhood, epitomized by the Easter egg hunts on Cedar Lane Way and ski trips to Squaw Mountain, Maine, which she organized as the informal ringleader of the neighborhood families.

Sudie’s influence on the Beacon Hill community extended well beyond family fun. Sudie volunteered her time in support of many local causes. An avid gardener, she was a devoted member of the Beacon Hill Garden Club for 50 years and opened her home on several occasions for its annual garden tour. She also volunteered at the MFA and for a number of years directed the Ellis Memorial Antique Show to benefit Boston’s first settlement house.

Sudie was an enthusiastic collector of English and early American furniture as well as China Trade paintings and decorative arts. Her exquisite taste and passion for decorating led Sudie to open a successful interior design business on Beacon Hill in which she balanced her fun-loving nature with her eye for elegance to great effect.

Sudie had a sensational personal style, a wonderful sense of humor, an infectious laugh and a generous heart. A Grande Dame in many of the communities she graced, Sudie will be missed by all.

Sudie was predeceased by her first husband Garret Schenck and her sons Van and Trip. Sudie is survived by her husband Steve Goodwin, her sister Ann Williams Winship, her son Christopher, his spouse Eroica, their children, Forest and Rowena, the wife of her deceased son Van, Michon, and their son Hib.

The family expresses its appreciation to all of Sudie’s doctors, nurses and other health care providers for their skill and devotion in treating Sudie for these many years.

A celebration of her life will be held at a later date.

Donations in her memory can be made to Dr. Walter O’Donnell, Massachusetts General Hospital, 55 Fruit Street, Cox Building, Suite 201B, Boston, MA  02114, to support his research and treatment of pulmonary disease.

— an obituary from Eaton Funeral Home, where online condolences may be left