Connecticut Department of Transportation Commissioner Joe Guilietti has a holiday gift for rail commuters — and maybe a lump of coal for the stockings for highway speeders. 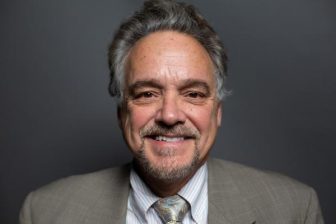 Once a year I get a sit-down with the commissioner. We’ve known each other for many years since his days as president of Metro-North. He knows I always ask him the tough questions but once told me “You’re always fair, Jim”, a comment that brought a tear to my eye.

So when I asked him when train service was going to get faster, he didn’t blink — or over-promise.

“My boss (the governor) keeps asking me the same question. We’re still doing the modeling,” he said. And while a few months ago he promised a 10-minute faster ride “by next year,” Metro-North trains are still slower and running less frequently than just a few years ago.

But while the railroad crews are still “playing whack-a-mole” with trouble spots, any hopes for expanded service and more express trains probably won’t happen “until the spring,” he said.

Ridership Rising, But Not Ticket Prices

Stats show overall weekday ridership is topping out at 53% of pre-COVID-19 numbers. But a handful of rush hour trains are up to 75%. And new technology allows the railroad to know on a minute to minute basis just how crowded each train is. He said that he has plenty of spare rail cars so that CDOT’s partner, Metro-North, is quick to add cars to increasingly crowded trains.

But while service or speed may not be increased, neither will the fares. “We are having no discussions about fare increases,” Guilietti said.

Neither does it seem that peak fares will be returning anytime soon, at least not until service improves.

What is still under consideration are new discount fare plans. Though he wasn’t specific, such things as a discounted 30-trip ticket have been discussed previously.

Rail and signal enhancements on the diesel-only Waterbury branch line will mean expanded service but not new cars, at least not yet. The CDOT request to the tiny rail car industry for new cars proposals brought a dismal response, but the agency is working on other ways of modernizing the fleet.

And when the MTA’s $11 billion East Side Access project opens Grand Central to LIRR trains in December 2022, Commissioner Guilietti hopes that some New Haven line trains will then access Penn Station “the first day ESA opens.”

Speed Enforcement Cameras on I-95 Near Construction

On the highway side, traffic is worse than before COVID, both in delays and danger. “It used to be that people drove 20 miles over the speed limit,” he said. “Now they drive 50 mph over the limit.” Accidents are frequent and often deadly at these “horrific speeds.”

So CDOT is about to launch three pilot programs in work zones with speed enforcement cameras. Sometime “before the spring” anyone speeding in these work zones will be ticketed automatically at a fine of up to $200.

Money Coming in, but Brains Draining Out

The nation will soon be awash in money from the recent Infrastructure bill with $30 billion designated for Connecticut and another $100 billion up for grabs in competitive bidding. But to write the grants and prepare the engineering to qualify for that money, CDOT needs to deal with its brain drain.

Almost 400 senior staffers at CDOT have retired this year with more expected to leave next year before pension rules change. In addition, the agency needs to hire 200-plus staffers just to handle the new infrastructure projects. Commissioner Guilietti says his recruiters are visiting universities and even high schools to find and develop talent.

“These are good paying jobs,” he said. “ And they’ll be around for 20 to 30 years” as we rebuild our roads and rails.