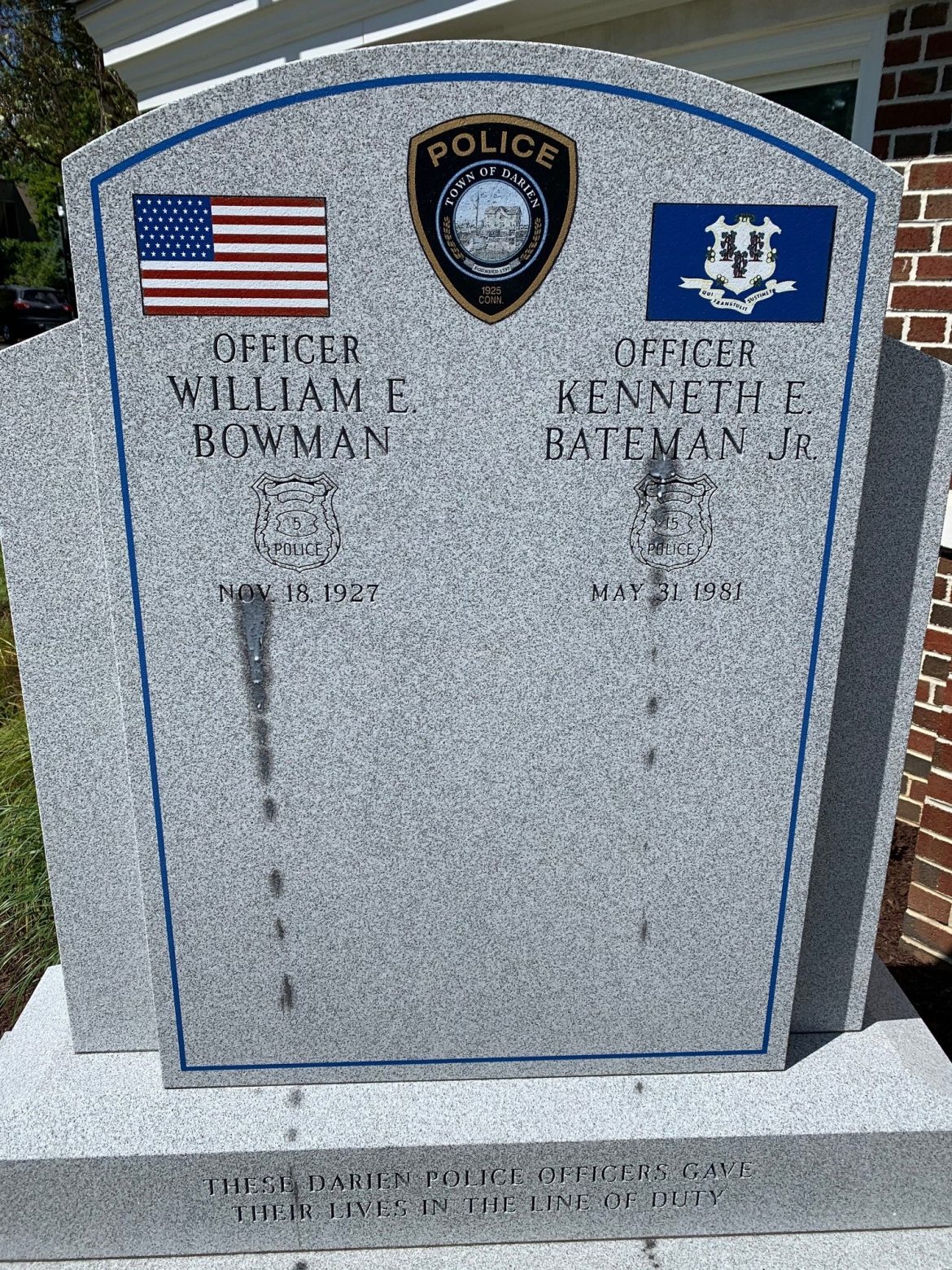 The memorial, with two marks from paintballs.

Darien police are trying to find those responsible for vandalizing the monument to the department’s fallen police officers after someone apparently shot two paintballs at it.

The vandalism to the memorial, located by the front entrance to the headquarters building on Hecker Avenue, was discovered on Tuesday. Police Chief Donald Anderson issued a news release asking the public for help in finding the perpetrators.

The Darien Police Department is investigating an incident of Criminal Mischief that was discovered on [Tuesday] Aug. 18, 2020. 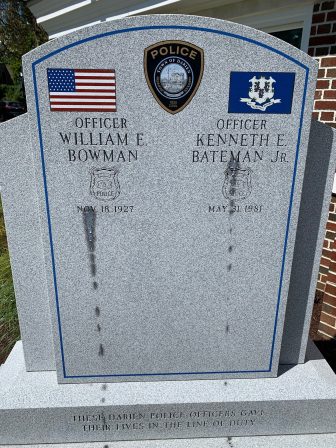 The memorial, with two marks from paintballs.

The evidence points to the fact that the perpetrator(s), currently unknown, shot at the monument with some type of wax “paintball.”

This act is completely abhorrent and defies any sense of reasonable or lawful conduct. The department is fully aware of the ongoing protests around the country concerning various monuments and statues.

The defacing of this memorial, erected to honor and remember officers who gave their lives in service to the Town of Darien, is shocking to the conscience and completely deplorable.

Anyone with information is asked to contact the Darien Police Department Detective Division at (203) 662-5330, via an anonymous tip at www.tipsubmit.com, or sending a text to “CRIMES” (274637) with the keyword “darientips” from a mobile device. All calls will be kept confidential.