Update 10:27 p.m., Wednesday: Darien Police Department announced on Instagram: “The Town of Darien has sustained significant damage as a result of the ongoing storm. There are numerous reports of downed trees and power lines. We are asking that ALL unnecessary travel be avoided until emergency crews can clear roadways. Power outages should be reported to Eversource and NOT the police department. 9-1-1 should be used only for true emergencies. Thank you for your cooperation.”

Update 10:22 p.m.: Darien Schools Superintendent Dan Brenner tweeted: “In the event of a school delay or closure we will inform the community through our alert system by 5:30am. We are closely monitoring the condition of the roads and the impact of downed power lines before a final decision is made.”

Update. 8:16 p.m.: Metro-North has suspended service on various railroad lines and branches, including the New Haven Line and New Canaan line, in part because of downed trees blocking the tracks.

[This article will be updated whenever we hear of closures or other news.]

“Metro-North Hudson, Harlem and New Haven Line outbound service is suspended until further notice due to multiple storm-related infrastructure issues impacting our ability to safely operate trains. Metro-North is assessing the situation at various locations in order to make repairs before service can resume. Please continue to check this website for updates. “

If you need to report an outage, call Eversource at 800-286-2000, and that number should be in your cell phone already.

10:24 p.m. — Gov. Dannel Malloy announced: The ban for tractor trailers and tandem trailers was lifted at 10 a.m. for I-95 and all other highways except Interstate 84.

9:02 p.m. — Darien Library will be opening late on Thursday, “at 10 a.m. to give staff the chance to get in safely.” the library tweeted.

7:36 p.m. — Gov. Dannel Malloy has announced a ban on all tractor-trailer and tandem trailers from limited-access highways, including Interstate 95. A ban has already gone into effect in New York state. Here’s part of the announcement: “Gov. Dannel P. Malloy today announced that as winter weather conditions continue to deteriorate this evening, he has signed an order banning travel of all tractor trailers and tandem trailers on limited access highways until further notice to assist neighboring state New York manage traffic on its worsening highway conditions.”

12:44 p.m. — John F. Kennedy Airport just tweeted: “Flights continue to arrive and depart at JFK Airport, but airlines have cancelled nearly 60 percent of flights between now and midnight. Travelers are strongly urged not to go to the airport unless they have a confirmed flight today.”

Darien Public Schools will be closed Wednesday, and all school activities are postponed, the school district has announced.

The Darien YMCA and Darien Library have each also announced they’ll be closed, too.

“Please check back for updates about Thursday morning,” the Y said on its website. 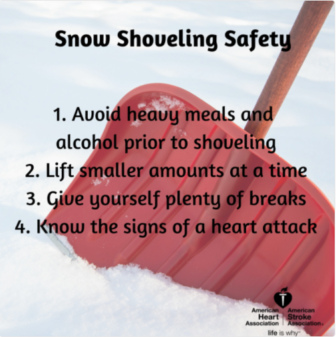 Don’t get a heart attack shoveling snow. Here are some suggestions from the American Heart Association

“In anticipation of the pending snow storm tomorrow, the Darien Public Schools will be closed, tomorrow, Wednesday, March 7, 2018.  All activities scheduled for tomorrow are cancelled and/or will be rescheduled for a later date. Please check the district website www.darienps.org for further updates.”

Metro-North Cuts Back on Trains Wednesday

Here’s an announcement from Metro-North:

On Wednesday (March 7) Metro-North will operate a reduced weekday schedule with some combined/cancelled trains during the AM and PM Peak.

Also on Wednesday, hourly service will commence after 8 p.m. to ensure customer safety during the storm. Customers should anticipate delays due to the effects of the winter storm throughout our service territory. Please travel only if necessary.

Customers can use our interactive schedules page for train times or use the Train Time App.

Please exercise caution getting to and from our stations and on our stairways and platforms, and listen for announcements. 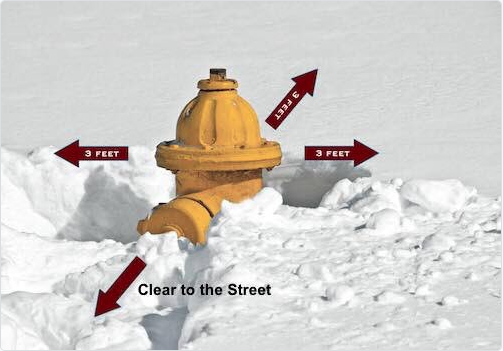 From a tweet from Connecticut Fire Academy: “It’s that time of year again, please help the FD help you (and your neighbors), shovel snow away from hydrants so they may be accessed in case of emergency. Help save a life!”

The Weather Forecast for Darien

From the National Weather Service, a Darien-specific forecast as of 6:56 p.m., Tuesday: