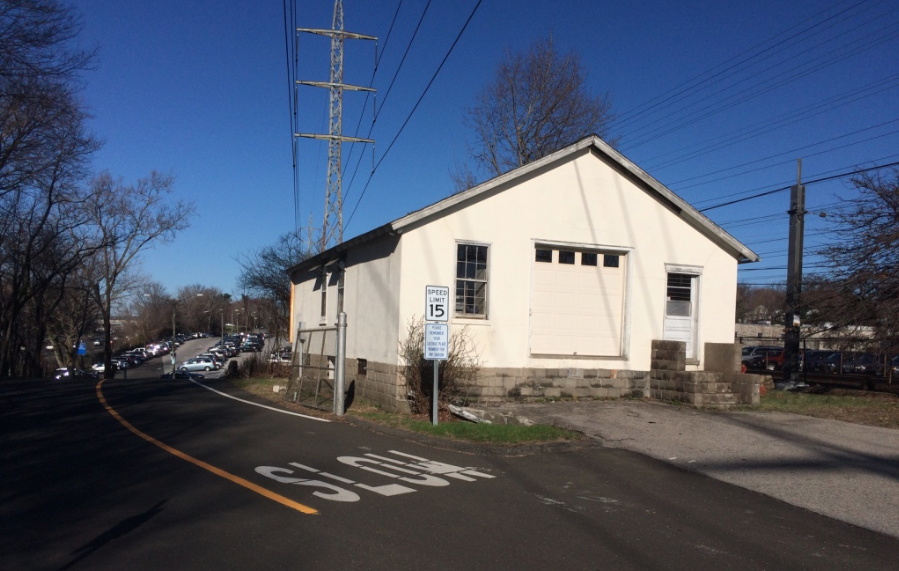 The building close to the center of the south side of the Noroton Heights Train Station grounds leaves enough room for a driveway between different parts of the parking lit.

The building on the south side of the railroad tracks at the Noroton Heights station, separating two parts of the parking lot, will be torn down over the course of two or three days next week, the town Department of Public Works announced Wednesday.

The Town of Darien has hired a contractor to perform the demolition of the Myers Building at the Noroton Heights Railroad Station Station South Parking Lot. 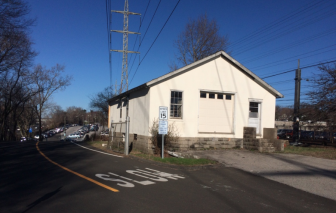 The building close to the center of the south side of the Noroton Heights Train Station grounds leaves enough room for a driveway between different parts of the parking lit.

The contractor will be staging at the site on Monday, Oct. 21 and will begin demolition on Tuesday, Oct. 22 at the Myers Building.

The parking lot ramp between the lower level parking on the south side of the station to the Post 53 area will be closed during the day for 2 to 3 days — weather permitting. 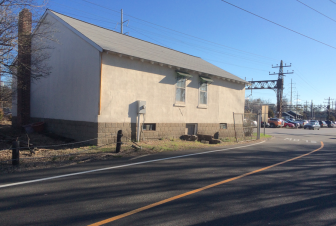 With the building there, and a passage down to the basement on the side, there isn’t room for a sidewalk next to the structure itself, without removing a lane from the driveway. (Caption and photo from March 2016)

The Town has placed Variable Message Signs (VMS) on site to alert the public of the upcoming work.

The project should not take a significant amount of time to complete and after the backfilling and the compaction is done, the area will then be blocked off until the work area has settles through the winter.

Upon completion the parking lot and ramp area will be able to be used as it is now.

Photo provided by the Darien DPW