Their mission: to perform their best and earn the coveted spots to the National Championships. 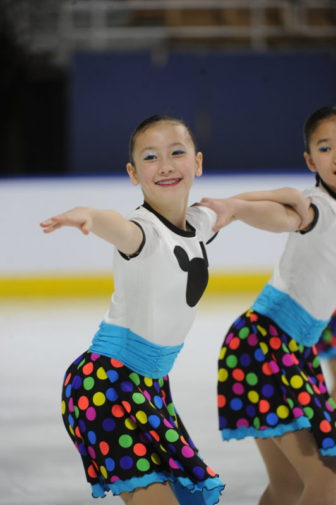 All Skyliners qualifying lines ended up on the podium — Novice and Juvenile earned Gold and Intermediate captured Silver in a field of tough competitors.

— an announcement from the Skyliners Synchronized Skating Team

More than 2,100 synchronized skaters gathered in Worcester, Massachusetts to compete at Easterns. Of those, Skyliners sent 9 lines and 170 skaters ranging in age from 8-18.

“We are so proud that each of our lines performed at the top of their game at Easterns and that all of our qualifying lines earned a place at the 2019 National Championships,” said Josh Babb, Skyliners head coach and director of synchronized skating. “Now we’ll be working hard to get ready for Michigan!” 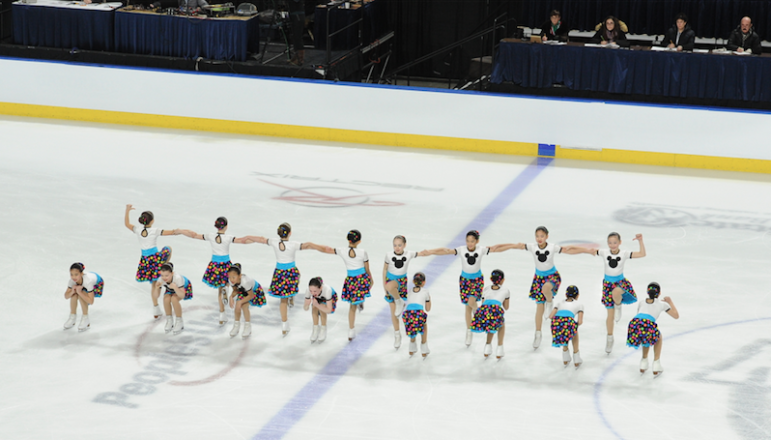 The team will now devote the early part of February to preparing for the 2019 U.S. Synchronized Skating Championships, which will take place in Plymouth, Michigan from Feb. 28 to March 2. 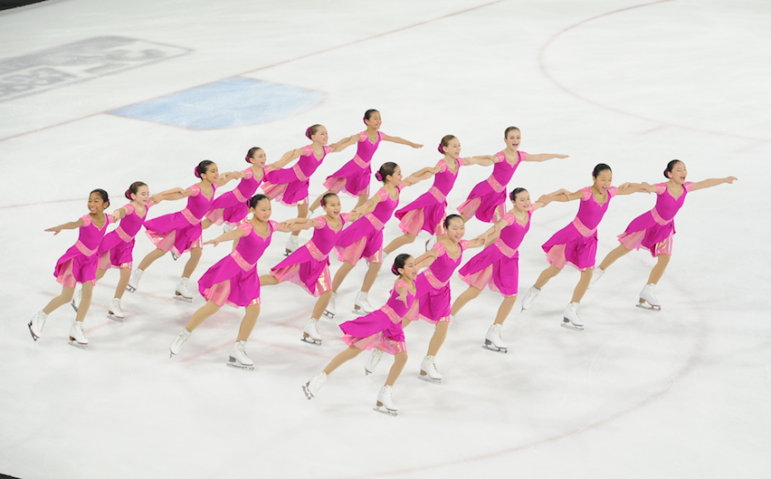 “To have our talented skaters on Skyliners earn medals at Easterns was amazing,“ said Sarah LeBlanc Blosat, Skyliners director of non-qualifying lines. “For many of our younger skaters, this was their first Easterns Championship and an exciting culmination to all their practice over the season.”

Of particular note, this year marks the first that Skyliners entered not one but two lines in the Open Juvenile category — Skyliners and New Jersey Skyliners. Both lines medaled – earning Gold and Bronze respectively.

Skyliners also entered two lines in the PreJuvenile division: Skyliners and New Jersey Skyliners. The lines took 1st and 2nd place. In another milestone, the Skyliners Juvenile line was crowned the Eastern Champions for the 9th year in a row, a modern synchro record.

In addition to Skyliners Juvenile, Intermediate and Novice — who all qualified for these Championships — Skyliners TEAM USA Junior and Senior lines earned “buys” to Nationals and will be traveling there as well.

In order to accomplish this goal, Skyliners skaters train both on and off the ice from the beginning stages up through elite levels.

Representing one of the top skating clubs in the country, the Skyliners split practices between Chelsea Piers of Stamford and The Darien Ice House.

Since 2001 they have numerous awards, championships and medals. Skyliners has had tremendous individual skating and group accomplishments and developed some of the top Figure Skaters in the world.