Next Saturday, Sept. 21, Nobel Peace Prize winner Dr. Denis Mukwege and two-time Pulitzer Prize winner Nicholas Kristof will be at Grace Farms Foundation for a discussion on the urgent need to combat sexual violence against women and girls in conflict zones.

The free, public program will examine why rape and torture continue to be used as weapons of war and how we can demand justice for survivors and put an end to gender-based violence.

As a world-renowned gynecological surgeon, Dr. Mukwege has dedicated himself to treating complex and often life-threatening gynecological injuries.

He has been fearless in his efforts to increase protections for women and to advocate that those responsible for sexual violence be brought to justice, including the Congolese government and militia groups laying siege to eastern DRC. 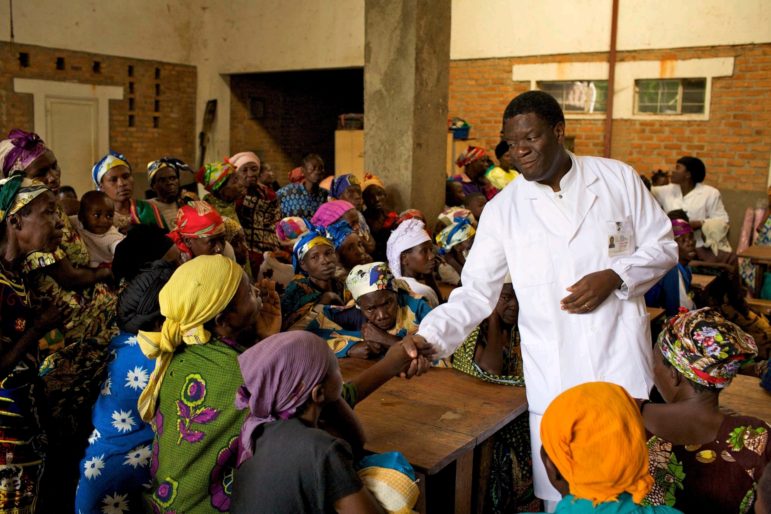 In the 20 years since establishing Panzi Hospital in in Bukavu, Democratic Republic of Congo, Dr. Mukwege and his staff have witnessed the escalating violence of the warring militia groups and subsequent numbers of women and girls requiring medical treatment following brutal rapes.

Through its commitment to delivering high-quality healthcare, Panzi Hospital has earned an impressive reputation for its best-in-class service for victims of sexual violence.

He decided to specialize in gynecology and obstetrics after observing that female patients at Lemera Hospital suffered from insufficient medical care, which caused complications during their deliveries.

In 1999, the Panzi Hospital was founded as a clinic for gynecological and obstetric care to work on problems of maternal health. Since then, Dr. Mukwege and his staff have helped to care for more than 50,000 survivors of sexual violence.

The hospital not only treats survivors with physical wounds, but also provides legal, and psycho-social services to its patients. Even patients who cannot afford post-rape medical care are treated without charge at Panzi Hospital.

Dr. Mukwege is also on the advisory committee for the International Campaign to Stop Rape and Gender Violence in Conflict. He has been the recipient of numerous awards worldwide, including the 2018 Nobel Peace Prize, for his advocacy against sexual violence as a weapon of war and for his outstanding services to survivors of rape.

Kristof, a columnist for The New York Times since 2001, is a two-time Pulitzer Prize winner who writes op-ed columns that appear twice a week, focused on human rights, women’s rights, health and global affairs.

In 1990 Mr. Kristof and his wife, Sheryl WuDunn, then also a Times journalist, won a Pulitzer Prize for their coverage of China’s Tiananmen Square democracy movement. 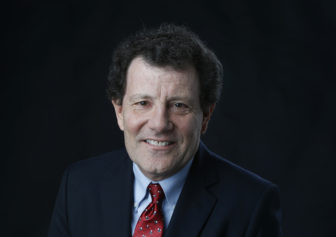 They were the first married couple to win a Pulitzer for journalism. Mr. Kristof won a second Pulitzer in 2006, for commentary for what the judges called “his graphic, deeply reported columns that, at personal risk, focused attention on genocide in Darfur and that gave voice to the voiceless in other parts of the world.”

He has also won other prizes including the George Polk Award, the Overseas Press Club award, the Michael Kelly award, the Online News Association award and the American Society of Newspaper Editors award.

Mr. Kristof has taken a special interest in Web journalism and was the first blogger on The New York Times Web site.

At The Times, Mr. Kristof has also covered covering economics and presidential politics and is the author of the chapter on President George W. Bush in the reference book “The Presidents.”