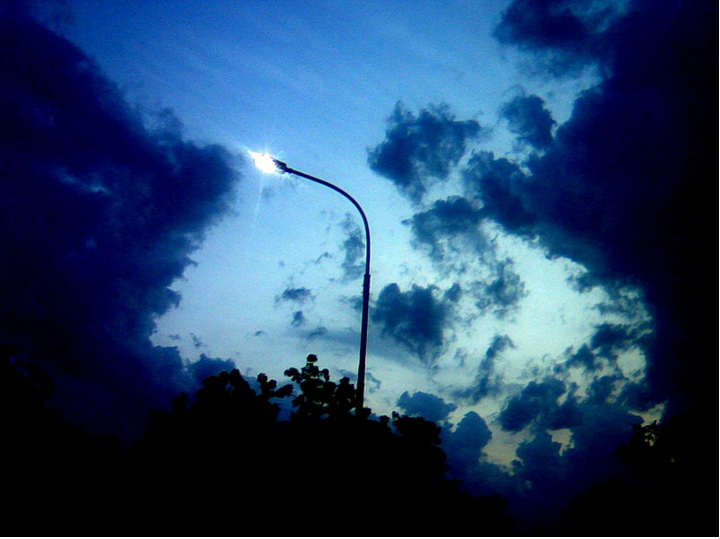 Town officials expect to buy the 862 street lights in town from Eversource and hire Tanko Lighting Inc. of San Francisco to change them to LED lighting, a change they expect to save money, save energy, provide for better lighting and perhaps other improvements. 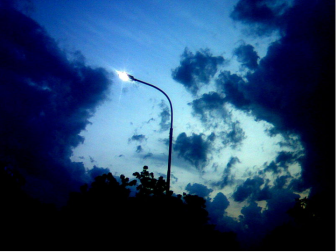 The town is asking Eversource for a firm price on the street lights, along with 11 poles, which it expects to get in three or four weeks. Eversource previously gave the town a price, which has since expired, Public Works Director Ed Gentile told the Board of Selectmen on Monday night.

The Board of Selectmen unanimously voted to approve a $16,000 expenditure to hire Tanko to conduct a survey of the lights in preparation for buying them.

The total cost of buying the street lights and replacing the high-pressure sodium bulbs to various kinds of LED lights is expected to be about $380,000.

“When you’re all said and done,the payback is about three years,” Gentile said. After that, the town would save money on its electricity bills.

For the first year, Tanko would maintain the lights by contract. After that, the town could continue to use the company for that purpose, or it would have the option to hire a different vendor or even do the job in-house. The town could also simply buy the street lights itself and maintain them, Gentile said.

The town would be buying the lights and fixtures, along with the “masts” that connect the lights to poles, but not the poles, which usually support electricity lines and telephone lines, as well. There are 11 poles in town that support nothing but street lights, and the town will buy those poles as part of the deal.

Gentile, Stevenson and former Town Administrator Karl Kilduff began looking into taking over the street lights in September 2014. Stevenson said Gentile “has done the due diligence” in weighing the strengths and weaknesses of various vendors and, finally, recommending Tanko.

Another vendor, Esco, had presented its plan to the Board of Selectmen in 2015, as did Tanko, and a third firm was considered as well.

In addition, Eversource has a “pilot program” involving the replacement of 50 street lights, but the town wouldn’t get to pick the types of fixtures it might want, and the cost would be higher. “It’s, in my opinion, an inferior pilot program,” Gentile said. 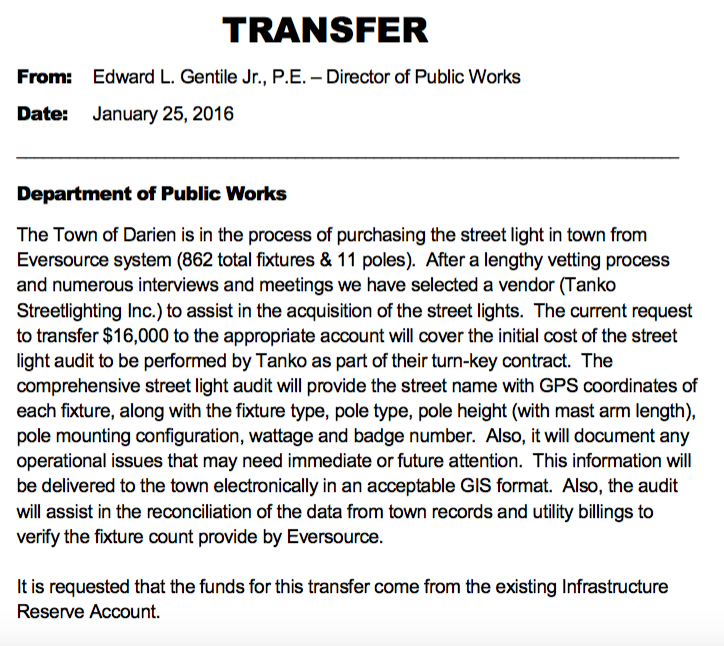 The budget request for the audit.