Ronald (Ron) Edwin Thompson of Venice, Florida passed away peacefully on July 19, 2021. He was 83. Ron’s loving wife Marie and his family were by his side. 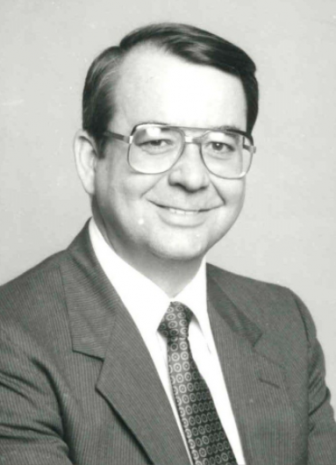 Ronald Thompson, 83, passed away on July 19. His wake will be on Tuesday, July 27, and his funeral on Wednesday.

Ron was born April 20, 1938 in Paris, Texas. After years of service with the U.S. Army, Ron joined the Associated Press, where he worked for 40 years. His career as an AP reporter saw him cover some of the most notable events in U.S. history, including the early years of the U.S. space program, the Kennedy presidency and assassination, and the civil rights movement. Ron later moved north to work as an executive for the AP in New York City.

Ron and Marie moved from Darien to Venice, Florida in 1996. Ron continued to write and was an active member and volunteer at Epiphany Cathedral.

He loved travel, golf, cooking and photography. Ron’s greatest passion, however, was his family, especially his beloved wife, Marie. Ron loved them all without hesitation, always showed kindness and shared stories of his incredible life experiences with a steady voice that never waived from a soothing tone.

Ron is survived his wife, Marie (Mielke); and children: Kathleen (Raymond) Stotlemyer of Texas, Joe (Marianne) Reilly of New York, Mary Ellen (Craig) Whitehead of Florida and Chris (Allison) Reilly of Connecticut; as well as his nine grandchildren and two great grandchildren. He was predeceased by his parents, Richard and Dixie Thompson, and his brother, Bill.

The family thanks the staff of Tidewell Hospice for the compassionate care provided to Ron.

Please join us celebrating Ron’s life with a prayer service at Farley Funeral Home in Venice from 6 to 8 p.m. on Tuesday July 27. The funeral service will be held at 10 a.m., Wednesday at Epiphany Cathedral in Venice, followed by interment at 12:30 p.m. at Sarasota National Cemetery 9810 State Road 72, Sarasota, Florida.

In lieu of flowers, donations may be made to Tidewell Hospice.

— an obituary from Farley Funeral Home and Crematory, where online condolences may be left