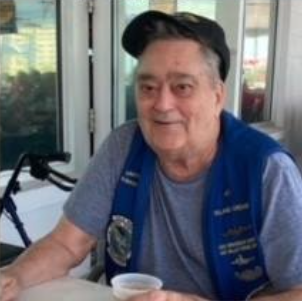 Roland was born Dec. 10, 1938 in Englewood, New Jersey. He then moved to Antwerp, Belgium, with his parents. After Belgium, Roland moved to Darien, where he met the love of his life, Sally Tief. He graduated from Darien High School in 1958.

He enlisted in the U.S. Navy, where he spent time in New York, Maryland, Delaware, and South Carolina. Roland was stationed on the USS Valley Forge and later transferred to the USS Grayback SSG-574 for submarine duty, where he took part in several operations in Alaska, Japan, off the Russian coast and in the China Sea. In 1961, he was honorably discharged and moved back to Darien.

He married Sally Tief in 1962. Roland later received his Associate’s Degree from the University of Massachusetts, majoring in Urban Forestry. He then began Creaser’s Tree Service, which employed 25 people.

Roland and Sally moved to Rowayton. They had their first son, James Creaser, on Dec. 22, 1964. Their family continued to grow with the birth of their second son, Joseph Creaser, on Nov. 20, 1966.

In 1970, Roland became a regional factory representative for Espoma Fertilizer Company. He established and ran dairy farms in Vermont and New York. During this time, their family continued to grow with the birth of their third son, John Creaser, on Oct. 29, 1973; then their fourth and final son, Jerry Creaser, on Feb. 7, 1975.

He moved to Edmonton, Kentucky, where he grew and ran the largest swine farm in Metcalfe County. Roland then made the life decision to sell the farm, and moved to Ocala, Florida, in 1977.

Once there, he engaged in all phases of real estate, with appraisal companies and investment properties. As the family grew, he moved to Gahanna, Ohio in 1988, continuing with his real estate services. The family grew with the birth of their first grandchild, Morgan Creaser.

Roland then moved to Largo, Florida, in 1996. He continued with his business, Creaser’s Appraisal Service. Roland remained in Largo as his family grew with additional grandchildren, Jesse Creaser, Charles Creaser, Caitlin Creaser, and Jack Creaser.

Roland was an active member of the American Legion and other organizations. He remained steadfast with the love of his life, Sally Creaser, as they both battled through the world pandemic, COVID-19.

Roland is survived by his sister, Margaret Blackburn and his brother, Jack Creaser. He is also survived by his wife, Sally Creaser, four sons: Jim, Joe, John and Jerry Creaser; five grandchildren; two great-grandchildren, with a third to be born in May 2022.

— an obituary from Abbey Affordable Cremation & Funeral Services on Legacy.com, where online condolences may be left