On Friday, Jan. 7, 2022, at 9:30 p.m., Elder Robin Ann Dancy, surrounded by her husband, daughters, and granddaughter, was escorted by the angels from this life into the eternal presence of God. 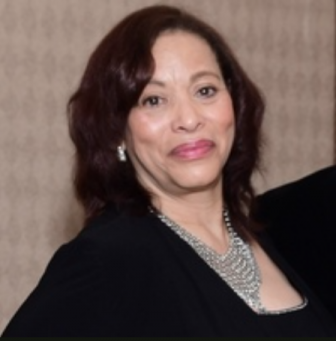 Robin was born in New Haven on March 6, 1954. She was the oldest daughter of the late William L. Saunders and Sally F. Steadwell. Robin was educated at St. Mary’s Catholic High School in New Haven. She also attended Fashion Institute of Technology in New York City.

Over the span of her career, Robin served in the social services field as a case manager at Alternative Incarceration Center, St. Luke’s Life Works and finally the Norwalk Public Schools. Robin was multi-talented and gifted. Her many talents included acting, being a playwright and sketch artistry.

In 1978 Robin married Albert Ray Dancy. Robin and Ray or “Lucy and Ricardo” as they are affectionally known, were a force to be reckoned with, true soulmates. Many did not understand their bond, but history proved their love as they married not once but twice!

The two first met in New Haven in 1970. She was 16 and he was 20. Although Ray knew it was love at first sight, they went their separate ways. Eight years later, they reconnected. After a brief courtship, they were married. Robin and Ray shared eighteen years devoted to their faith, their marriage, and their two daughters.

Sadly, after 18 years they divorced. Seven years later they reunited at the birth of their granddaughter, Zoë. Shortly thereafter they remarried. She forgave Ray without condemnation, malice, or bitterness. Her actions personified the redemptive and unwavering love of the Father. Robin and Ray went on to share another 19 years of blissful marriage. Praise God!!!

One of Robin’s greatest joys were her “girls” Dominique and Danielle. She also had an exceptionally close relationship with her only granddaughter, Zoë. She was affectionately known as “BeBe” (“Grandmother” in Swahili). The four girls (three generations) were best friends. They were often mistaken as sisters; not only because of their unmatched bond but because the eldest, Robin, was so youthful, beautiful, and vibrant.

Robin was a born-again Christian and was a member of the Macedonia Church in Norwalk. For 40 years, she served in various capacities, most notably; as an elder, Sunday School, and Bible Study teacher, noonday pray leader, Noroton Presbyterian Church morning prayer group leader, Macedonia HIV/AIDS Ministry and convalescent home volunteer.

Robin was a lead actress in many plays including the locally renowned and recurring gospel play, “A Mother’s Prayer” written by her good friend, Elder Angelo Wilkes. She was not ashamed of the gospel and shared Jesus Christ to everyone she met. Robin was passionate about the Word of God and was known as the Macedonia Church resident “Bible scholar.”

Today we rejoice in the knowledge that Robin has passed the barrier of time and is now forever at home with the Savior. She will be greatly missed but never forgotten. Robin will forever remain in our hearts.

Funeral Services will be held at 11 a.m., Saturday, Jan. 15, 2022 at Macedonia Church, 39 West Ave., Norwalk. The family will receive guests from 10 a.m. until the service. Interment will take place at Spring Grove Cemetery, 41 Hecker Ave., Darien.

— an obituary from Baker Funeral Services