Robert L. Eldredge, a long time Darien resident, died peacefully in his home Wednesday, Nov. 14, surrounded by loved ones. Robert “Bob,” or “Bunny” as he was often known, was the husband of the late Nancy H. Eldredge. 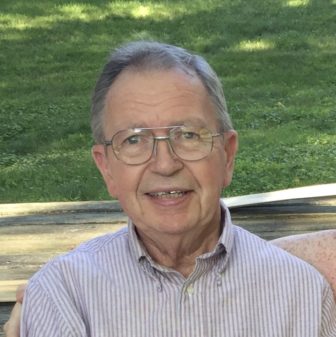 Robert was born, Aug. 27, 1934 to the late Wilbur and Mary Margaret Eldredge in Erie, Pennsylvania.

Robert served his country as a United States Marine. After his service, he worked as a letter carrier for the Darien Post Office. A regular feature around town, Robert could often be found at the Sugar Bowl, Life Study Fellowship Foundation, where he worked for 55 years, the Piedmont Club or the Darien Fire Department where he was a proud member for 57 years.

He also served as a special officer for the Darien Police Department and was a Third Degree Member of the Knights of Columbus.

Those who knew and loved Robert, remember him for his profound compassion and tireless work ethic. He led by example, greeting everyone he encountered with his selfless spirit. He taught us the true meaning of kindness.

In addition to his wife, Nancy, he was predeceased by his stepmother, Matilda Eldredge; sister, Mary Kosmider, and her husband, Col. Gary Kosmider.

The family will receive visitation from 4 to 8 p.m. on Monday, Nov. 19 at Edward Lawrence Funeral Home, 2119 Post Road, Darien.

A Mass of Christian Burial will be held at 11 a.m., Tuesday, Nov. 20 at St. John Roman Catholic Church, 1986 Post Road, Darien, followed by full military honors outside the church.

In lieu of flowers, donations can be made to the Darien Fire Department, 848 Post Road, Darien, CT 06820.

The family also requests that friends perform an act of kindness in Bob’s name.