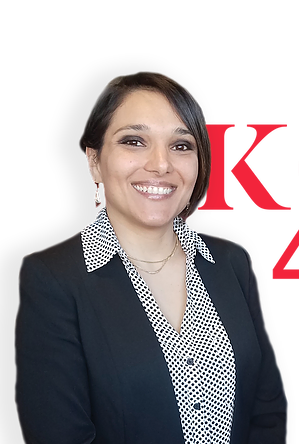 Kousidis has been a teacher and library media specialist Rippowam Middle School, and before that a Westhill High School teacher of social studies and history. Before that, she worked for a software development company.

As of 2018, her work in library media included teaching students how to build websites and blogs for classes.

In 2018 she was named a Stamford 2018 Supporting Fund for Teachers fellow and recognized with a 2018 Stamford Public Education Foundation award, according to an article in the Stamford Advocate.

“I have written numerous winning grants totaling over $400,000.00 to support such initiatives as bringing our 1960’s Media Center into the 21st century by transforming the space into a state-of-the-art Library Learning Commons,” Kousidis says on her campaign website. “In addition to the library redesign, I secured funding to increase student access to technology and realize our 1:1 student device goal.  Access to this equipment had a direct impact on bringing our school out of being a focus school in mathematics.”

“Education is my passion and CT is headed in the wrong direction.  As an urban educator with a successful career, I can tell you that schools do not need more bureaucracy.  Schools need a strong focus and a good deal of support at the local level.

“Regionalization is bad news for everyone, regardless of the district you live in.  It’s another political move that sounds good on paper but will serve no purpose other than expanding unnecessary bureaucracy. Proven, research-based methods exist that improve student outcomes and we should be focusing there.”

Ellie Kousidis, a longtime resident of Norwalk and an award-winning urban educator, has clinched the Republican endorsement/nomination to continue her run for this important seat.

After her sound victory, Ellie Kousidis released the following statement:

“I’d like to thank all the delegates who have voted in support of my candidacy for Connecticut Senate [District] 25 this evening. I am a proud first generation American, who has lived in Norwalk for over 20 years. My family and I are honored by your support and I pledge to run a campaign that is laser-focused on building a brighter future that increases opportunities in our state by driving down taxes for small businesses and residents alike, as well as shrinking the size and scope of state government.

“As a wife, mother, small business owner and award winning educator, I understand the daily struggles that face residents. I firmly believe that the misguided and overreaching policies being handed down from Hartford’s leadership aren’t encompassing the right approach to help us tackle these pressing issues.

“Specifically, I aim to establish pro-growth economic policies that will bring jobs back to our state.

I’ll also work with my colleagues to create a climate where small businesses can thrive. Not last or least, I promise to promote local control of our schools and stop the unwelcome and unwise plans for forced school regionalization.

“I am energized and grateful for our success tonight, and I look forward to continuing to work hard on behalf of the residents of Norwalk and Darien through the election and beyond.”

For more information about Ellie Kousidis, to read her full bio, learn more about her campaign for CT Senate District 25 and to donate, please visit her website:  https://www.kousidis4ctsenate.com/