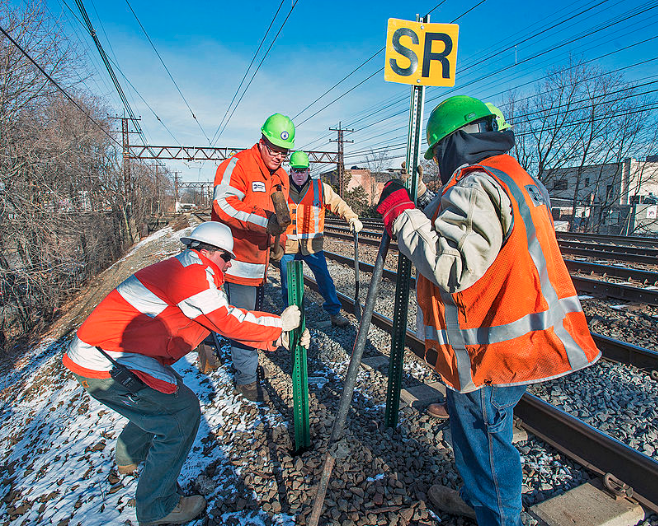 Photo from Metropolitan Transportation Authority of the State of New York / Patrick Cashin, edited by Daniel Case, via Wikimedia Commons

Gov. Dannel P. Malloy announced Wednesday that every passenger rail line in Connecticut will have positive train control (PTC) installed on their systems by Dec. 31, 2018.

That fulfilling a recently enacted requirement by the Federal Railroad Administration for every passenger rail line in the country to implement the safety measure by the end of the year.

[Metro-North rail lines in New York state have received approval for a postponement of PTC on rail lines in that state until 2020, according to the Poughkeepsie Journal.]

PTC is a system designed to stop a train automatically before an accident occurs, including preventing train-to-train collisions, derailments caused by excessive train speed, movement of a train onto sections of track where maintenance work is taking place, and incidents when a track switch has been left in the wrong position.

“Tens of thousands of Connecticut residents depend on passenger rail service for their daily commutes, and they deserve to have a best-in-class, safe, and effective system,” Malloy said. “We have been moving aggressively to improve and modernize the infrastructure in our state because a strong and reliable transportation system is key to a robust economy where people want to live and businesses can grow.

“The Connecticut Department of Transportation has moved assertively on the implementation of these rail safety measures and I want to thank them for their continued work on this effort,” the governor said.

State Transportation Commissioner James Redeker said: “Safety has always been our top priority and I am pleased to report that Connecticut passenger rail lines will be in full compliance with the new federal requirements. “Our rail lines are already exceptionally safe and positive train control provides us with another layer of safety.” 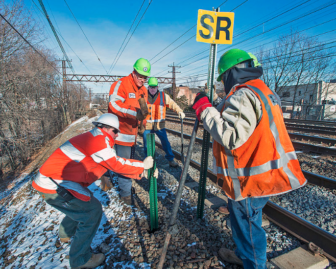 Photo from Metropolitan Transportation Authority of the State of New York / Patrick Cashin, edited by Daniel Case, via Wikimedia Commons

On the New Haven Line, which also includes branches to New Canaan, Danbury, and Waterbury, ConnDOT partnered with MTA Metro-North for the PTC installation.

Metro-North achieved a significant milestone over the summer, implementing civil speed enforcement — a key component of PTC that prevents a train from traveling too fast around a curve or over a bridge.

Further, Metro-North has completed installation of all PTC hardware, trained all of its employees, acquired all of the necessary radio spectrum, and has a segment of track on its Hudson Line operating under full PTC.

PTC will be in operation on each of the Amtrak-owned lines beginning Dec. 31, 2018.

The following statement is from Jim Cameron, for 20+ years an advocate for Connecticut rail commuters on Metro-North:

“Kudos are in order to CDOT and Metro-North for today’s announcement that Positive Train Control (PTC) has finally been implemented in Connecticut. This is truly an excellent holiday gift for all riders of Metro-North.

“PTC has been long in coming. Originally ordered by the Federal Railroad Administration after a deadly, head-on crash near Los Angeles in 2008, the initial deadline for PTC installation was December 2015. That deadline was then extended to Dec. 31, 2018 and millions of dollars were awarded to US railroads to complete the work.

“Connecticut should be proud to be the first section of Metro-North to be PTC compliant. The system has been tested and proven in “revenue service” (trains carrying passengers) as early as January 2018 here in Connecticut.

“The only component of PTC not fully implemented in Connecticut is the automatic stop function if two trains should be heading toward each other on the same track. That functionality should be completed this year.

“Special thanks should go to U.S. Sen. Richard Blumenthal, who championed PTC implementation nationally following a series of derailments and deadly accidents on Metro-North and Amtrak. Today Metro-North riders can feel safer knowing that PTC will help protect them in the case of human error.

Jim Cameron served 19 years on the Connecticut Metro-North Commuter Council, four as its chairman. In 2014 he created a new, independent body, the Commuter Action Group. Cameron is author of the column “Cameron on Transportation” which offers commentary on transportation issues and appears weekly in Darienite.com and elsewhere. He also serves as an elected member of the Representative Town Meeting in Darien and is program director of the town’s government television, Darien TV79.