After a 56-year-old woman crashed into a tree on Sunday, Jan. 10, she was taken to a hospital, where tests showed she had a blood-alcohol level of 0.33, police said. That amount is more than four times the legal limit for a driver.

Darien police gave these additional details about the case: 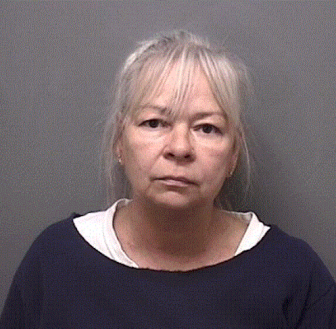 Nicole Bernardo, 57, was charged with driving while under the influence after a Jan. 10 crash in Darien.

Nicole Bernardo of Richmond Hill Road in New Canaan was driving when she lost control of her Subaru and hit a tree near the intersection of Ox Ridge Lane and Middlesex Road.

The car’s front end was heavily damaged, and the airbag deployed. Police were called at 6:43 p.m. It was a day before her 57th birthday.

When police arrived at the scene, Bernardo had already gotten out of the car. She told police that an animal had crossed in front of her vehicle while she was driving, causing her to lose control.

Police noticed that she was unsteady on her feet and appeared lethargic. At least one officer smelled alcohol on her. She was taken to Stamford Hospital for evaluation, and police later got a search warrant to get her blood-alcohol content from the hospital.

Police then applied for and received an arrest warrant charging Bernardo with driving under the influence and making an improper turn. She turned herself in at headquarters on Friday, Feb. 12 and was released on a $500 bond. She is scheduled to be in state Superior Court in Stamford on March 15.