When a car at the Country Club of Darien was entered and $60 stolen from the center console early in the afternoon of Jan. 19, the club’s security camera videos showed that the thieves had used a black car with New York state license plates, police said.

Those video recordings, police said, led to the arrest of a 23-year-old Queens, New York man this week on burglary and larceny charges.

Police gave this further account of the case, including accusations not proven in court: 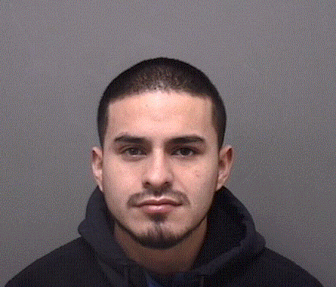 Kevin Alvarado, 23, of 32nd Avenue in Queens, New York, was arrested March 23, 2021 on burglary and larceny charges in connection with a theft from a car.

Sometime between 1 and 2 p.m., the black car entered a parking lot at the club on 300 Mansfield Ave.. Two men got out of the car and walked around, checking vehicle doors. At least one of them entered a 2000 BMW 528.

Police were able to read the license plate number on the car used by the suspects, and found that it had been used another crime for which Kevin Alvarado of 32nd Avenue in Queens, had been arrested.

Police compared Alvarado’s mug shots in that case with the image of the thief in the video recording and they determined that the thief was Alvarado.

Police applied to prosecutors and a judge for an arrest warrant, which was approved, and on Tuesday, March 23, Alvarado turned himself in at Police Headquarters.