A 41-year-old Seattle man walked off with someone’s laptop late Friday morning as he walked out of Darien Library, ignoring the librarians who told him to stop, police said. 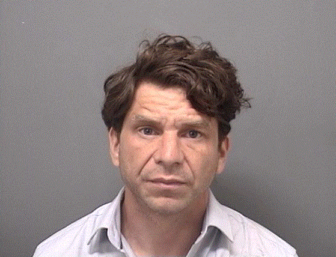 Darien police gave this account of the incident, including accusations not proven in court:

The man, Andrew Taylor of Roosevelt Way, Seattle, had been trying to get a guest pass at the library, but his request was denied. That’s when he walked over to a nearby desk and took the laptop. Several library employees said they saw him take it.

Taylor put the laptop in a U.S. Postal Service mailbox outside the library entrance, but police were soon called at 11:29 a.m. and a description of Taylor was broadcast to responding officers. 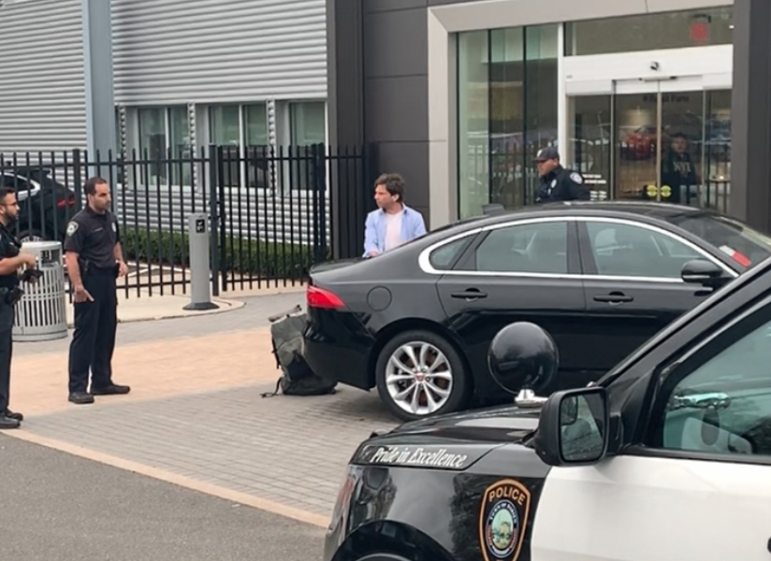 Darien police officers confront Andrew Taylor, 41, outside the Jaguar Darien building at 1335 Post Road, just down the street from Darien Library. He was arrested shortly after the photo was taken.

Taylor was found on the Post Road, just east of the Library. Tony Aiello of WCBS-TV, Channel 2, was just leaving the library, saw Taylor and followed him. Aiello snapped a photo of police and Taylor shortly before his arrest just outside the entrance to Darien Jaguar (see above).

Taylor told police that he did take the laptop and told them where they could find it. The device was later retrieved by Post Office employees. Taylor said he wanted it to send emails.

Library employees wanted to press charges against Taylor, and he was arrested on a charge of sixth-degree larceny. Taylor was held on a $500 bond until Monday, April 29, when he was taken to state Superior Court in Stamford.