A 26-year-old former employee of Woodway Country Club has been arrested on theft charges after security video showed him both at the club the night of the December theft of paychecks and other video showed him cashing the checks, police said. 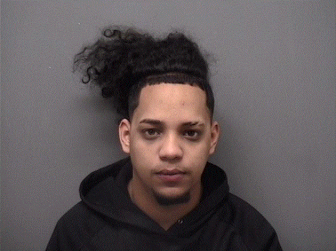 Samuel Melo, 26, of Stamford, charged with larceny and identity theft

Darien police gave this account of the incident and investigation, including accusations not proven in court:

Sometime overnight from Dec. 11 to 12, numerous paychecks and gift cards meant for employees were stolen after they were left out on a desktop at the club, located on Hoyt Street. An employee told police, who were received the report on Dec. 16, that phone chargers, a vacuum, a sweatshirt and even toilet paper and face masks were also missing.

Police were told that some of the checks had already been cashed, and there were no signs of forced entry, although a window had been left open.

A review of security camera recordings both at the club and, apparently, at a bank where the checks were cashed, showed a man identified as Samuel Melo of Perry Street in Stamford. As a former employee, he would have known where employee checks were kept.

On March 22, Melo turned himself in at Police Headquarters. He was released on a $20,000 bond and is scheduled to appear April 22 in state Superior Court in Stamford.