A 22-year-old man was charged with driving under the influence after a police officer found he had been drinking and smoking marijuana, couldn’t complete a field sobriety test, and a records check revealed the state had revoked his privilege to drive, police said.

Darien police described the incident and arrest with this account, including accusations not proven in court:

At 12:26 a.m. on Thursday, June 1, a police officer stopped on the Post Road near Noroton Avenue saw a red 1998 Toyota Camry driving west, then turn right onto Old Kings Highway South, but from the left lane.

That’s a violation of street markings and resulted in the officer stopping the vehicle. 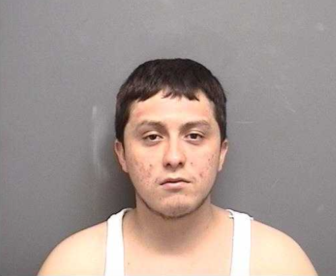 The driver, Jorge Canola of Norden Place in Norwalk, said he had just been picked up from work by the woman in the passenger seat, and they were headed home. She said he was driving because it had rained earlier in the evening.

Police officers saw that Canola seemed both lethargic and nervous. Asked for his driver’s license, Canola said he didn’t have one. A routine records check showed that the state Department of Motor Vehicles had issued a suspension of his privilege to drive, which it can do after a driver has been charged more than once with driving without a license. Being caught driving after the suspension has been issued makes the crime a misdemeanor rather than an infraction.

When Canola was directed to get out of the car, officers noticed alcohol on his breath, that his eyes were red and glassy, and that he had difficulty keeping his eyes open. They asked him when he had last smoked marijuana.

He said he had smoked “one blunt” (a cigar filled with marijuana) after getting picked up from work, and that he was smoking it while he was driving, just before he was pulled over. He said he had some in one of his pants pockets. Police searched him and found in one of his pockets a small amount of marijuana (as a test later confirmed).

Canola also said he had been drinking that evening, but he wouldn’t say how much. Police had him take a field sobriety test, which he couldn’t complete to an acceptable standard, and he was charged with driving while under the influence.

At Darien Police Headquarters, Canola submitted to two urine tests, one at 2:12 a.m., the other at 2:40 a.m. The samples were sent to a state laboratory for analysis. Breathalyzer tests are not given when urine samples are taken, since tests on the samples should confirm blood-alcohol content as well as the level of THC, the intoxicating ingredient in marijuana.

Canola also was charged with possession of less than half an ounce of marijuana and driving a vehicle with suspended registration. He was later released on a $100 bond and is scheduled to appear June 12 in state Superior Court in Stamford.