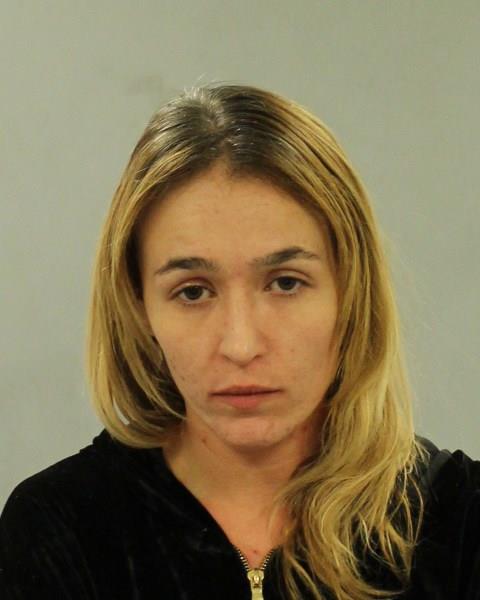 Arrest photo for Sarah Allen, 18, charged with numerous drug and weapons violations after her arrest at a Darien rest stop.

When state police troopers saw that a car made an unsafe lane change and followed other cars too closely on Interstate 95 in Darien, the car was pulled over at a rest stop, where police found drugs and guns, then arrested the two occupants on charges including illegal weapons possession and possession of drugs with intent to sell, state police said.

State police described what happened with this account, which includes accusations not proven in court: 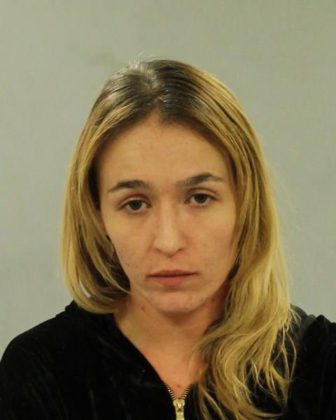 Arrest photo for Sarah Allen, 18, charged with numerous drug and weapons violations after her arrest at a Darien rest stop.

At 11:49 p.m., Sunday, troopers from Troop G in Bridgeport who were patrolling Interstate 95 in Darien saw the vehicle, a 2012 Hyundai Sonata, commit the traffic violations. The car was pulled over at a rest stop.

(The state police announcement didn’t say whether the car was on the northbound- or southbound-traffic side of the highway, or which of the two Darien rest stops the arrest took place.)

Troopers spoke with the occupants of the car — Sarah Allen, 18 (and the driver), and William Page, 19. Both are Main residents (state police did not say what community in Maine they live in). Police determined both are convicted felons. 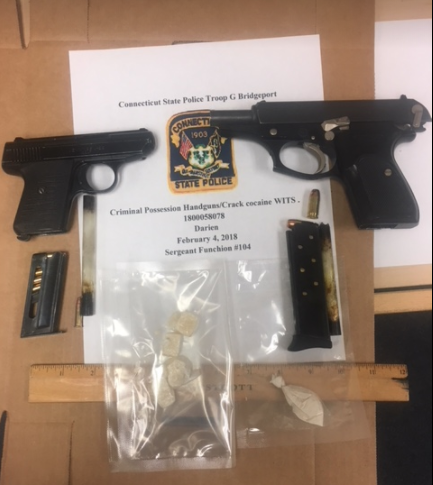 Pistols and drugs found when troopers searched a car pulled over into a rest stop in Darien on Sunday.

Troopers determined that there were possibly illegal narcotics in the vehicle. Police didn’t say how they determined that, but a police dog with training in narcotics detection was used to find narcotics. (Police also didn’t say what police agency the dog worked in, but they did say Darien and Stamford police assisted at the scene.) 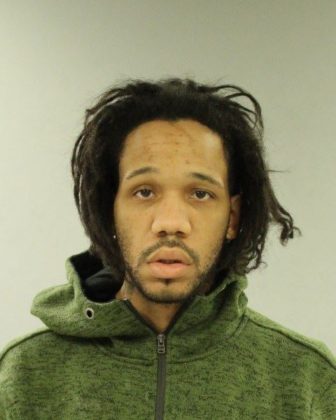 With the help of the dog, troopers found crack cocaine, raw heroin and drug paraphernalia. They also found two handguns. Both Allen and Page were arrested and taken to Troop G in Bridgeport.

Allen and Page were each held on $150,000 bond, and each was scheduled to appear Monday in state Superior Court in Stamford.