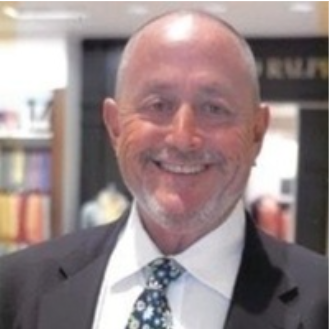 Paul Groetzinger, 69, passed away on Aug. 28. A memorial service will take place later.

Mac was born in Fremont, Nebraska on Feb. 24, 1952 and was raised in Stamford. His affection for the abiding friendships and Shippan community lasted his lifetime.

At 19 he went by steamer ship to the South Pacific, landing in Perth and traveling by land across the vast Australian outback to Melbourne. A job in a local pub enriched and inspired his dream of keeping bar, and the “MacKenzie’s” brand was born.

Returning one year later, he partnered with a friend and together they reinvented The Huddle in the Shippan section of Stamford.

The first “Mackenzie’s” opened on the Post Road in Darien in 1976 and many establishments of good food, good music and good cheer would follow in Fairfield County, St. Thomas, the U.S. Virgin Islands and Florida. He was best known for his flagship, The Redding Roadhouse, that opened in 1986 and for two decades served as his stage.

The sheer force of his presence as the host, was a guarantee of laughter and fun. Entertaining the crowd in his comedic singing style and free flowing lyrics, he delighted the crowd while they feasted on the generous portions and creative food he imagined and served. His hand drawn menus, bountiful meals and big drinks all contributed to an ambience where no one was a stranger.

Privately, he was an artist with a complex mind and a prodigious talent. He spent the past 10 years designing and building a postmodern concrete home on Kiawah Island with his partner, Gina Zangrillo. This project allowed him to fully realize his vision and childhood dream of becoming an architect.

In addition to Gina Zangrillo, he is survived by his children, Paul (Cara), Danielle and Patrick Groetzinger; his grandchildren, Eloise and Mabel Groetzinger, and Jeremiah Garcia; his sisters, Sandra Wright (Ken); Jennifer Ahern Donahue (Donny); Gina’s children, Greg, Doug and Allison Reilly; a large family of nieces, nephews and their children; and many loyal, lifelong friends. He was predeceased by his parents, Paul and Sheila Groetzinger, and his brother, Roderick Groetzinger.

A memorial service will be planned for a future date.

— an obituary from James A. McAlister Funerals & Cremation, where online condolences may be left