Patten Jackson, originally from Darien and most recently of Cambridge, Massachusetts, has died at age 59. 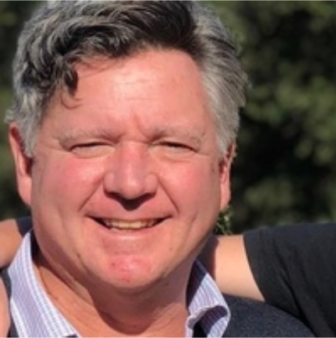 Patten Jackson, 59, died on Jan. 24. An informal gathering to celebrate his life will be held Feb. 24 in Cambridge, Massachusetts, and a memorial service in Darien will be held sometime this summer.

A beloved man with friends too numerous to count, Pat was a true Renaissance man — a master of the gentlemanly arts of a bygone era.

He was esteemed for his rapier wit and sartorial elegance. Also a gifted cook — no one did curry mussels or soft shelled crabs like Pat, and with his culinary talents he worked alongside his very dear friends at the Fishmonger — an epicurean seafood market in Huron Village, Cambridge.

A natural athlete — his record time in the mile run (4:18) remains unbroken at Darien High School — Pat was also an enthusiastic and natural outdoorsman — trout in the Adirondacks feared him.

Pat had a storied advertising career working for some of the most renowned agencies on Madison Avenue and was an executive vice president at McCann Erickson in New York City.

— an obituary from the Stanton Funeral Service

His kind heart and altruism led him to a second career in life and after graduating with honors from Columbia University. Pat especially enjoyed his work at McLean Hospital’s Gunderson Residence in Cambridge, Massachusetts.

A beloved father, husband, brother, and friend, Peej will be forever loved to “dickens and pieces.”

Pat is survived by his former wife, Shaun; a daughter, Ella (19); son, Nick (16); sisters: Diana Funchion (Matthew) and Frances Arnold (Bob Stern); and his many loving nieces and nephews.

A memorial service, will be held in Darien this summer (date and location to be announced) and an informal gathering will be held to celebrate Pat’s life at 11 a.m., Feb. 24, in Cambridge.