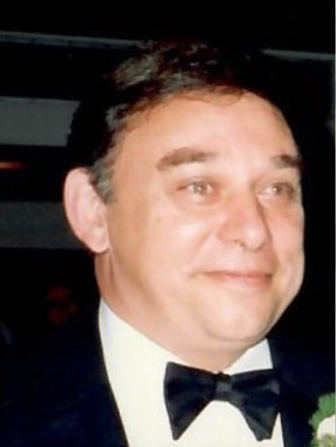 Patrick Raffaele, 82, died Dec. 20. His funeral will be private.

A longtime resident of Darien, Patrick was born on Nov. 25, 1939 in Stamford, where he met his wife, Winifred (Ambrose) Raffaele during their high school years. The two were married for 60 years and raised three children together.

A former member of the Army National Guard, Patrick spent his career as corporate secretary/treasurer at Genovese Industries and then retired early upon its sale.

He used this extra time to visit Italy (including the vineyards ahead of the 2000 wine season), cook a myriad of different Italian and French dishes, and keep an eye on the Yankees score.

He took great joy in serving aces in tennis and coaching his son’s Little League team — he always had a Grand Slam or Little League World Series on in the background when the season was right.

As much as Patrick loved cooking for his family, from marinara and vodka sauces to his four-hour Thanksgiving stuffing, he also enjoyed spending hours at his favorite local restaurants savoring multi-course meals. The gourmet meals cooked at home were enjoyed listening to Andrea Bocelli, Frank Sinatra and Handel’s Messiah.

Patrick was predeceased by his parents Salvatore and Josephine (Galati) Raffaele and his brother Salvatore J. Raffaele. He is survived by his wife, Winifred; their children Eileen Warren, Jillien Drake, and Patrick Raffaele, Jr; three grandchildren; his sister Marion Rabita and brother Robert Raffaele; four grandpets; and a much-loved wine collection. The family will be holding a private wake, funeral mass, and interment.

A celebration of Patrick’s life will be held at a later date. Donations can be made to Memorial Sloan Kettering Center, Parkinson’s Foundation, or St. Luke’s School in New Canaan.