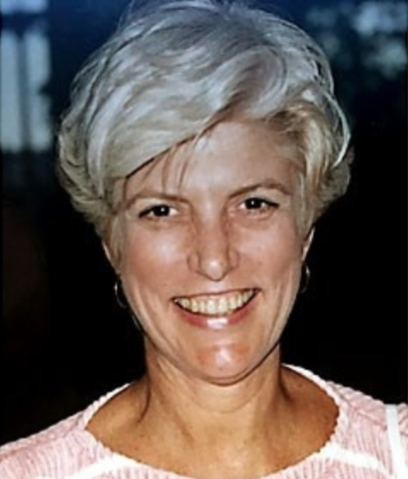 Patricia Pohlmann, 83, died March 30. A memorial service will be held this summer.

Born in Chicago on Jan. 30, 1936, the daughter of the late Eugene and Helen Moll, she was raised in Indianapolis, Indiana. Growing up, Pat was an outstanding swimmer in major competitions across the country including the U.S. Olympic Trials.

She graduated from Indiana University in 1958 and was a member of Kappa Kappa Gamma sorority. Pat lived in Darien for many years and was an important member of the community.

She was a grade school teacher and then had a very successful career as a realtor. She was an active member of the Noroton Presbyterian Church and was co-founder of both Wheeler Real Estate (now Halstead) and Holly Pond School at the Darien YMCA, both of which continue to thrive today.

— This obituary previously was published in the Pittsburgh Post-Gazette

After marrying her late husband, William Pohlmann, Pat moved to Pittsburgh and became a passionate world traveler, visiting as many foreign destinations as time would permit, as well as her children in Connecticut, California and Florida.

While in Pittsburgh she was an involved member of the Southminster Presbyterian Church and PEO and an avid fan of Pittsburgh sports teams. Pat was an incredible woman who spread light, kindness and love to everyone she met and who loved and fiercely protected her family.

She is survived by her sister, Gail Pebworth of Crawfordsville, Indiana; as well as her son, Peter Wells of Newbury Park, California; her daughter, Lynne Murphy of Wallingford; stepsons Steve Pohlmann of St. Petersburg, Florida and Jeffery Pohlmann of San Diego; and six grandchildren.

She was predeceased by her husband, William Pohlmann, and her grandson, Patrick Wells Murphy.

In lieu of flowers, the family requests that donations be made to the Alzheimer’s Association

, or Southminster Presbyterian Church, Mt. Lebanon, Pennsylvania. A service honoring Pat’s life and legacy will be held at Southminster Church this summer.