Dr. Patricia Otis Cook, 74, of Darien, passed away peacefully on May 15, following complications of pancreatic cancer.

Dr. Cook was an exceedingly well-regarded clinical psychologist and neuropsychologist who served the community over an astounding 43 years of practice at her offices in Darien and Bridgeport. She was a brilliant, loving mother and beloved grandmother. 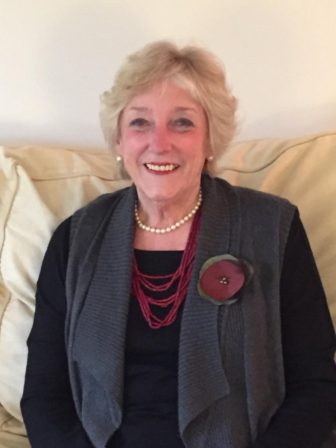 Patricia was born in Syracuse, N.Y. to Charles Robert Otis Jr. and Helen McNeill Otis. A star student, she was valedictorian of her high school and a dazzling pianist.

Dr. Cook’s career was one of tremendous professional distinction. In her private practice, she specialized in individual and couples therapy and made an enormous yet quiet contribution to the lives of countless Fairfield County citizens.

As a consulting psychologist for the Stamford Police Department and for the Department of Corrections’s Norwalk N.E.O.N. program over many years, she selflessly served the needs of those on all sides of the law.

Patricia’s sharp intellect was no accident; she had a tireless work ethic and was an avid reader, both traits she passed on to her children (who might describe their mother additionally as a feisty grammarian and armchair lexicographer).

She traveled increasingly in her later years, visiting huge swathes of Europe and parts of Central America, though no one would accuse her of being an adventurous eater.

Patricia is survived by her daughter Meredith (Lander); son-in-law, Ian; and their daughter, Elizabeth of Trumbull; her son, Justin; and daughter-in-law, Holly of Portland, OR; and their children, Wrigley and Wyatt.

There will be visiting hours at Edward Lawrence Funeral Home in Darien on Friday, May 25, 2018 from 5 to 8 p.m. Family, friends, and anyone else whose lives have been touched by Dr. Cook are invited to join us for a celebration of her life at 10:30 a.m., Saturday, May 26 at St. Luke’s Church in Darien.