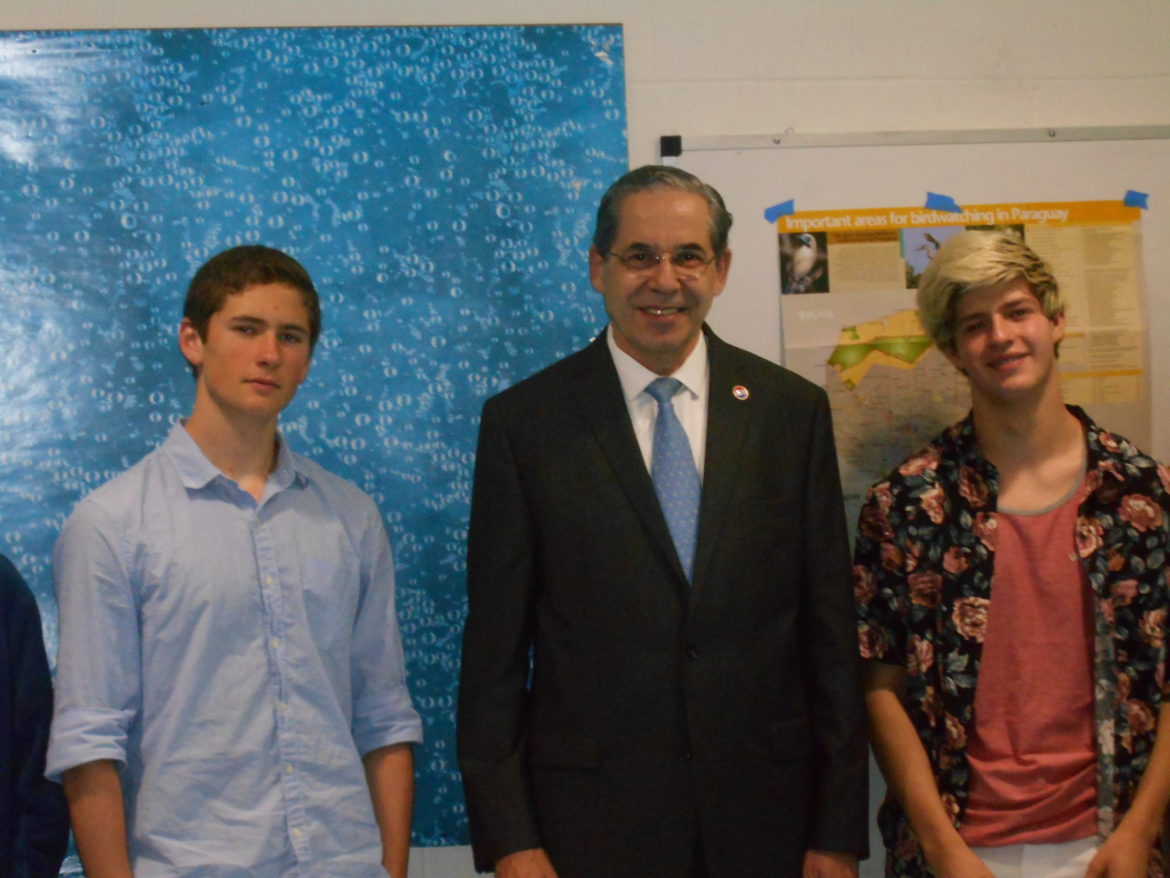 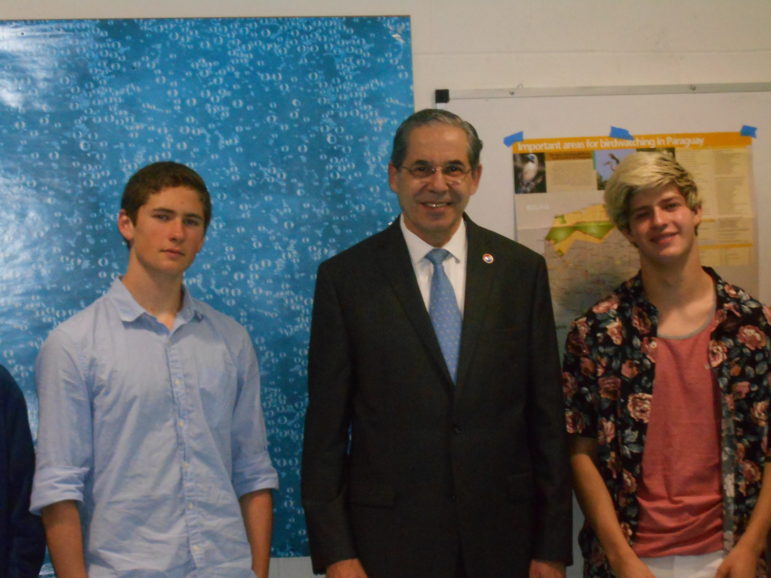 The ambassador, who has worked extensively at the United Nations and has represented Paraguay in many parts of the world, spent two hours at the high school, answering questions and vividly bringing to life his beautiful country, little known to most local residents.

For the past three years, students in the Spanish class have written letters to the consulates of Latin American countries — not emails, but traditional letters, printed on bond paper, signed and placed in printed envelopes and taken to the Post Office.

While practicing writing formal letters in Spanish, they have politely requested that the diplomats personally visit the school, or engage in a videoconference with their classes.

Spellbound students and teachers had a keen desire to visit Paraguay after meeting the personable Ambassador Buffa.

For one hour, Mr. Buffa Ramírez, former Mexican Ambassador to Great Britain, author of a dozen books, and contributor to the Latin edition of the Wall Street Journal, eloquently answered questions posed by every student.

In the past two years, students have hosted personal visits from the consuls of Uruguay, Guatemala, El Salvador, and Costa Rica. They have had videoconferences with the consul of Argentina and with a representative of the Peruvian Consulate.

They have also seen the value of writing persuasive and well-crafted letters, which have yielded results they will long remember.