Pamela P. Elliott passed away peacefully in the comfort of her home on Thursday evening, Dec. 30, 2021. Since contracting Parkinson’s and Lewy Body Dementia over 10 years ago, it was her strong desire to remain at home, surrounded by family, friends and the familiar view of the Goodwives River. 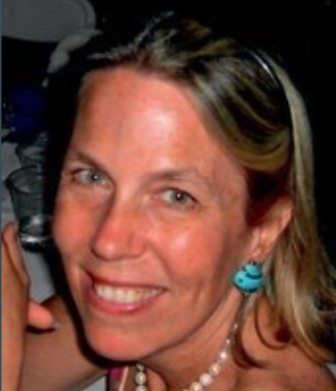 Pamela Elliott passed away on Dec. 30. A memorial service will take place later.

Born in Youngstown, Ohio, to Ray and Polly Peterson, Pam was raised in Boardman, Ohio and graduated from Boardman High School in 1971. From there she received her BA degree in Education and Art History at Marietta College, Marietta, OH in 1975. While at Marietta, Pam met her husband of 46 years, Fred Elliott. They first met in a kissing booth!

Married in 1975, the couple resided in Marietta, Croton-on-Hudson, New York; Severna Park, Maryland and Dayton, Ohio before settling in Darien in 1988. A few years later, Pam began working at what was then Wheeler Real Estate as an administrative assistant before securing her real estate license. Her successful real estate career spanned two decades before she retired for health reasons.

Pam was very involved in many volunteer and outreach programs. She was an active participant in The Junior League in every town that she lived in, focusing on fundraising events to support city beautification, reduce illiteracy and domestic violence.

In Darien, she became active at Saint Luke’s Parish, where she served on the Vestry in the late 1990s. Other acts of volunteerism included participating annually with the parish Tag Sale, Community Supper and the Flower & Altar Guild. Pam had a regular shift within Person-to-Person’s clothing center for a few years, and supported them with many clothing and food donations.

Pam and Fred became members of Noroton Yacht Club in 1991 and her love of boating and Long Island Sound grew rapidly. When not on the water, Pam was often helping with the Entertainment Committee, Buildings and Grounds or the annual clean-up day.

Pam had a uniquely heartwarming smile coupled with a gleam in her eyes that simply welcomed all. She had an enthusiasm for life, love of family and “every day is a new day” approach to her challenges which was inspirational. She was unfailingly gracious.

Pam is survived by her husband, Fred; and sons, Peter (and his wife, Beth) of Leicester, North Carolina; Andrew (and his wife, Sarah ,and their son, Spencer) of Fairfield, and Mark of Darien. Pam is also survived by her sister, Amy (and husband Don) of Siesta Key, Florida; two nieces and a nephew and their families, as well as a brother-in-law.

A memorial service and reception will be held in the coming months. In lieu of flowers, the family has asked that donations be made in Pam’s honor to: Person to Person, 1864 Post Road, Darien, CT 06820.