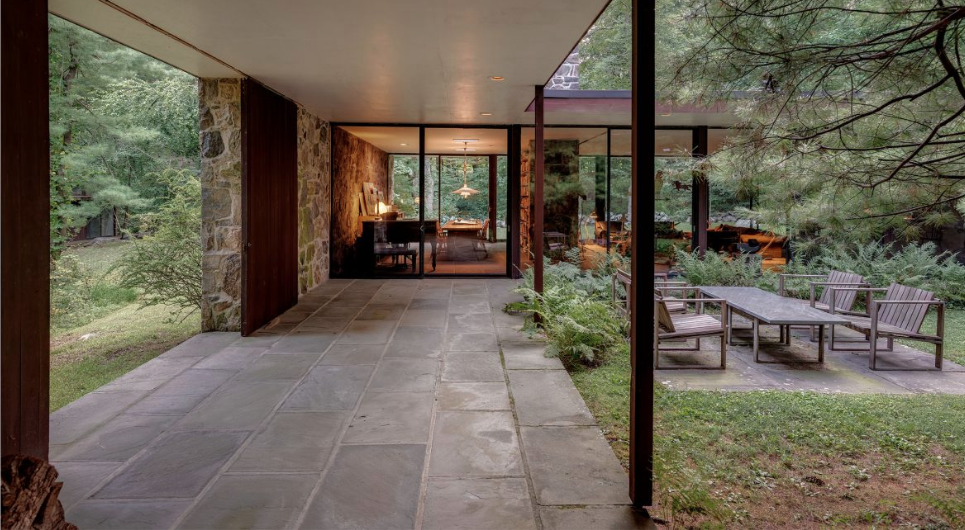 One of New Canaan’s most architecturally significant homes could become yet another major draw for visitors to the town, under a broad vision sketched out by the owners of the residence and local volunteers seeking to boost the economy and tourism here.

Harvard-trained architect and industrial designer Eliot Noyes—one of the “Harvard Five” who settled in New Canaan in the 1940s and created some of its world-renowned Midcentury Modern homes—designed the Country Club Road house for his own family. 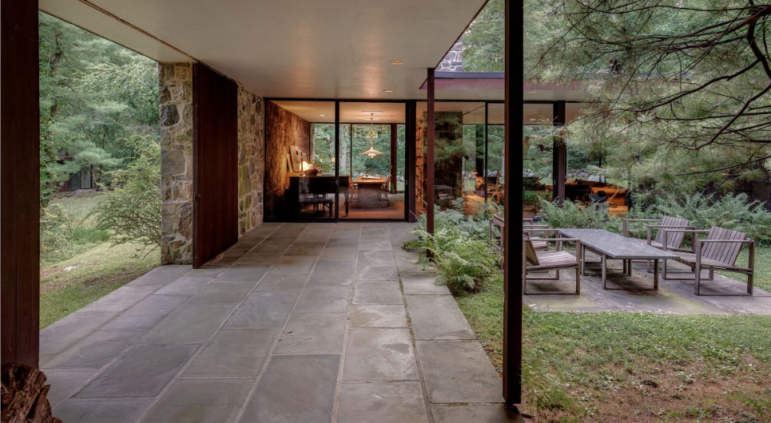 At its most recent meeting, the local Tourism and Economic Development Advisory Committee or ‘TEDAC’ met with the architect’s son, Frederick Noyes, who is “actively [looking] for a way to not only preserve the house but also make it available to the public,” First Selectman Kevin Moynihan said during a press briefing held Oct. 3 in his Town Hall office.

“This would be one of the very first Midcentury Moderns, when Eliot Noyes came to New Canaan,” Moynihan said. 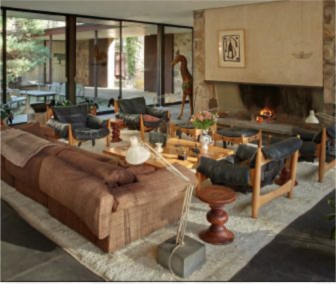 Inside the Eliot Noyes house.

“He was a pilot and he flew over New Canaan and discovered the town. And he had never really focused on New Canaan, so as far as the genesis of the Midcentury Moderns, it goes back to Eliot Noyes, who is an architect but also really an industrial designer —because he designed the IBM typewriter and other things he did as a designer — beyond architecture. So it’s a real cultural history.” 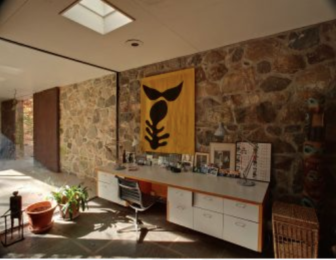 Another view of the interior

Asked about his family’s celebrated 1955-built home on Country Club Road and the vision to make it publicly available, Frederick Noyes told NewCanaanite.com that he was “delighted with TEDAC’s attention to New Canaan’s concentration of first class Mid-century modern buildings by first tier architects—a quality and quantity found nowhere else in the country.”

New Canaan already is an international destination for appreciators of architecture, as it is where another member of the Harvard Five, Philip Johnson, had his famous Glass House built.

The Ponus Ridge home, part of an expansive campus that includes several other famous Johnson-designed buildings, is a National Trust For Historic Preservation site that brings thousands of visitors to New Canaan during its tour season. 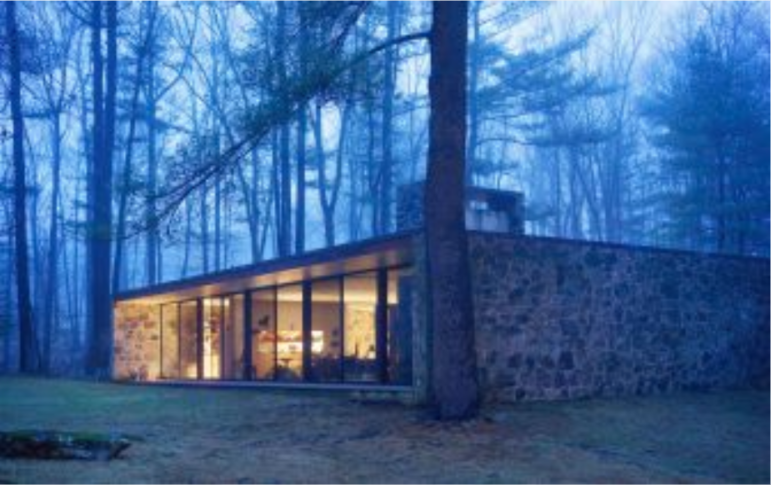 Noyes House, in the gloaming

He continued, “Our house, designed by my father Eliot Noyes, should be prominent in shaping that identity. Not only is the house an iconic building in itself, but it also embodies my father’s broader design principles. 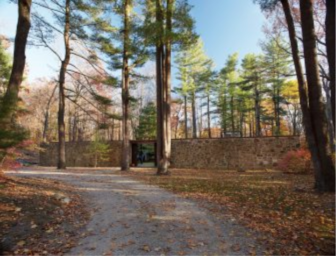 Working with IBM, Westinghouse, Mobile Oil, to mention a few, he extended architectural reasoning into unchartered territory—into industrial design and then into the very core of the structure of corporations.

The house, then, can serve as an educational tool, bringing together business and design leaders to further explore and extend those principles. The town can take advantage of that draw in parallel with the draw of the house itself.

“Promoting this one, truly unique attribute can help define the town’s identity and produce a draw that few other towns can match,” Noyes said.

Noyes said the family recently placed covenants on the house with the Connecticut Trust for Historic Preservation “so that it will remain as-is in perpetuity.”

“We have been considering a broad range of possible next steps for the house and are delighted to now engage the town,” he said. “We hope that both our thoughts and the town’s can move forward quickly.”

Established last December, TEDAC has identified New Canaan’s significant cultural heritage as one area that could be spotlighted in drawing even more visitors to the town.