Anne Shea Cagnina died peacefully on Oct. 4 at her home in Mystic, with her family by her side. 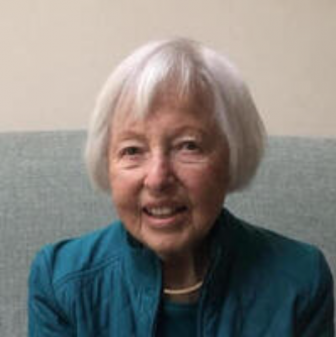 The sole child of Thomas D. and Irene Pommerer Shea, Anne was born on March 28, 1931, and raised in New York City. She graduated from the College of New Rochelle with a Bachelor of Arts degree in math.

Anne began her career at Metropolitan Life, and then worked as a programmer at Computer Usage Corporation and GE. In midlife she obtained a degree in library science, after which she worked in Fairfield County schools.

Upon marrying John Fleming Cagnina in 1958, Anne moved to Berkshire County, Massachusetts, where she and John had four children. In 1970, they moved to Rowayton, their home for the next 44 years.

As active members of the community, Anne and John volunteered with St. John Roman Catholic Church in Darien and with many civic organizations. They were long-time members of Roton Point Club and Rowayton Yacht Club at Hickory Bluff. In addition to her family, church and community, Anne enjoyed skiing, sailing and tennis.

Anne was predeceased by her husband of 59 years, John, and is survived by their four children: Tom Cagnina, Mary Sweeney (James), Jean McCutcheon (Larry) and Matthew Cagnina; and six grandchildren: Cate and Robert Rung, Ned and Will McCutcheon, and Max and Brock Cagnina.

— an obituary from Mystic Funeral Home, where online condolences may be left